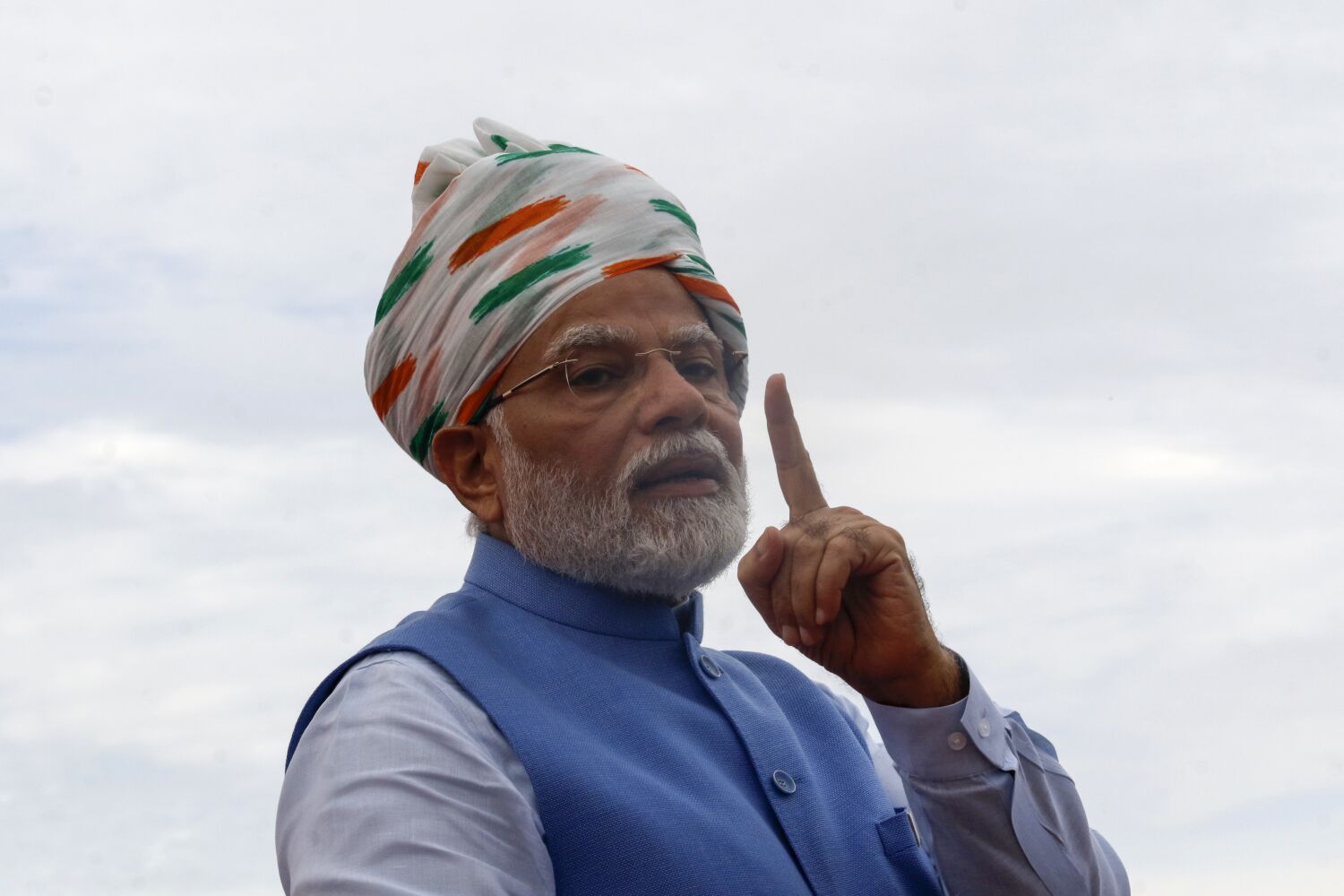 The award-winning 47-year-old journalist, who has made a name for himself as an independent news anchor, ended his nearly three-decade association with NDTV and released a explosive video to explain his decision.

“Tonight is a night when the bird struggles to find its nest,” Kumar said in an emotional message to his 2.3 million YouTube subscribers. “Because someone else took it away.”

“India never had a golden age of journalism,” Kumar continued in his message, which quickly garnered around 6.7 million views. “But it also didn’t have a devastating time like today. Everything good about this profession will be destroyed.”

Some Indian observers say the impending hostile takeover by Gautam Adani, the world’s third richest man, of what became India’s first 24-hour news channel in 1998 could be the death knell for independent voices in India’s mainstream media.

NDTV, they say, has been the only remaining Indian broadcast network that continues to challenge Modi’s Hindu nationalist agenda. The other nearly 20 English or Hindi news channels across India, they claim, have taken it upon themselves to brazenly promote the party line.

“Today I see the race to the bottom on some TV networks and I can’t come to terms with it at all,” said former NDTV host Rajdeep Sardesai, who described the network, for which he worked until 2005, as a “pioneering institution.” in “an era not driven by ratings… [when] Quality counts.”

About eight years ago, shortly after Modi came to power, billionaire industrialist Mukesh Ambani, then the richest man in India, acquired Network 18 – a then credible media company founded by Sardesai. Shortly after the acquisition, Sardesai resigned as the network’s editor-in-chief along with other senior editors.

According to Reporters Without Borders, India was ranked 132nd out of 180 countries in the 2012 Press Freedom Index. A decade later, it has slipped further to 150. The group’s 2022 report specifically mentions Modi, who became prime minister in 2014. Violence against journalists, the politically partisan media and the concentration of media ownership all show press freedom is in crisis in the “world’s largest democracy,” it said it in it.

The future of NDTV created by Dr. Prannoy Roy and his wife Radhika Roy came into play in August when Adani secretly acquired a third-party company that held the largest stake in the network.

The Roys tried to fend him off, but apparently to no avail. As of last week, Adani owns a 29% stake and has an open offer for another 26%. As a result, the Roys have resigned as directors.

“It’s the end of news on news channels,” said Abhisar Sharma, an independent journalist who quit his mainstream TV job four years ago and currently has 1.4 million YouTube channel subscribers.

Adani and Modi both hail from the western state of Gujarat and have been in a long-term relationship. When Modi became prime minister in 2014, Adani’s net worth was $7 billion. Today it’s $147 billion, making him the richest man in India.

In a recent interview with the Financial Times, Adani addressed concerns that his acquisition of NDTV could end its independence. “Independence means if the government has done something wrong, say it is wrong,” Adani said. “But at the same time, one should have courage when the government is doing the right thing every day. You have to say that too.”

Modi and his office have not spoken publicly about Kumar’s resignation or the upcoming acquisition of NDTV.

Geeta Seshu, who has worked with India’s first media watchdog The Hoot, called statements like Adanis “simple and dangerous”.

“What’s right for him may not be right for others,” she said. “Companies have other business interests and for that they need good relationships with the government. And Adani is involved in every major infrastructure project in India.”

Corporate influence has long had some impact on mainstream Indian journalism, but corporate monopoly of major media outlets is growing at an alarming rate, Seshu said.

“Independent media are expected to provide space for plurality, diversity of opinion and dissent,” she said. “It will be suppressed even further, and the marginalized in the country will become more invisible. It will be even more difficult for journalists to operate.”

Kumar, who uses the term “lapdog media” for India’s pro-establishment news channel, said the government wants to “impose its idea of ​​journalism on the people”.

In his farewell message, Kumar also stressed that there is an atmosphere of fear hanging over Indian journalism today. “Think of the thousands of youngsters who study journalism but are reduced to brokers,” he said. “A scared journalist gives birth to a dead citizen.”

Observers claim that over the past eight years, India’s mainstream broadcast media has been riddled with self-censorship, spreading misinformation and softball interviews designed to boost Modi’s image while vilifying his critics as “anti-national.”

An example they cite is the military standoff between India and China in June 2020, which resulted in the deaths of 20 Indian soldiers. At the time, a leading TV news channel read a fake WhatsApp report claiming that 30 Chinese soldiers were also killed in the standoff.

Ahead of the 2019 general election, Modi gave a series of interviews to selected TV journalists. Among other things, they asked him about the secret of his energy and whether he had a wallet in his pocket.

“That’s why I was sent on vacation for 15 days,” said Sharma, who has worked for mainstream media since 1996. “I have decided not to come back.”

NDTV journalists, meanwhile, have been constantly teased by Modi supporters. In 2017, Kumar wrote an open letter to the Prime Minister about abusive messages and threats he had received, asking “Is my life in danger?”

Sardesai said journalists often look over her shoulder these days, more so than when he started his career.

In 2002, he said he suffered no consequences for covering hard-hitting stories for NDTV about anti-Muslim riots that broke out in Gujarat when Modi was prime minister. The riots ended in the deaths of more than 1,000 people – most of them Muslims.

“The government did not intervene to prevent us from covering the unrest,” Sardesai recalled. “I don’t remember worrying that anyone in power would get angry because of my stories. Everyone covered the riots with a sincere desire to tell the stories of the people who had suffered.

“Today I don’t know how we would deal with a failure of the state to control violence.”

Parth MN is a special correspondent.