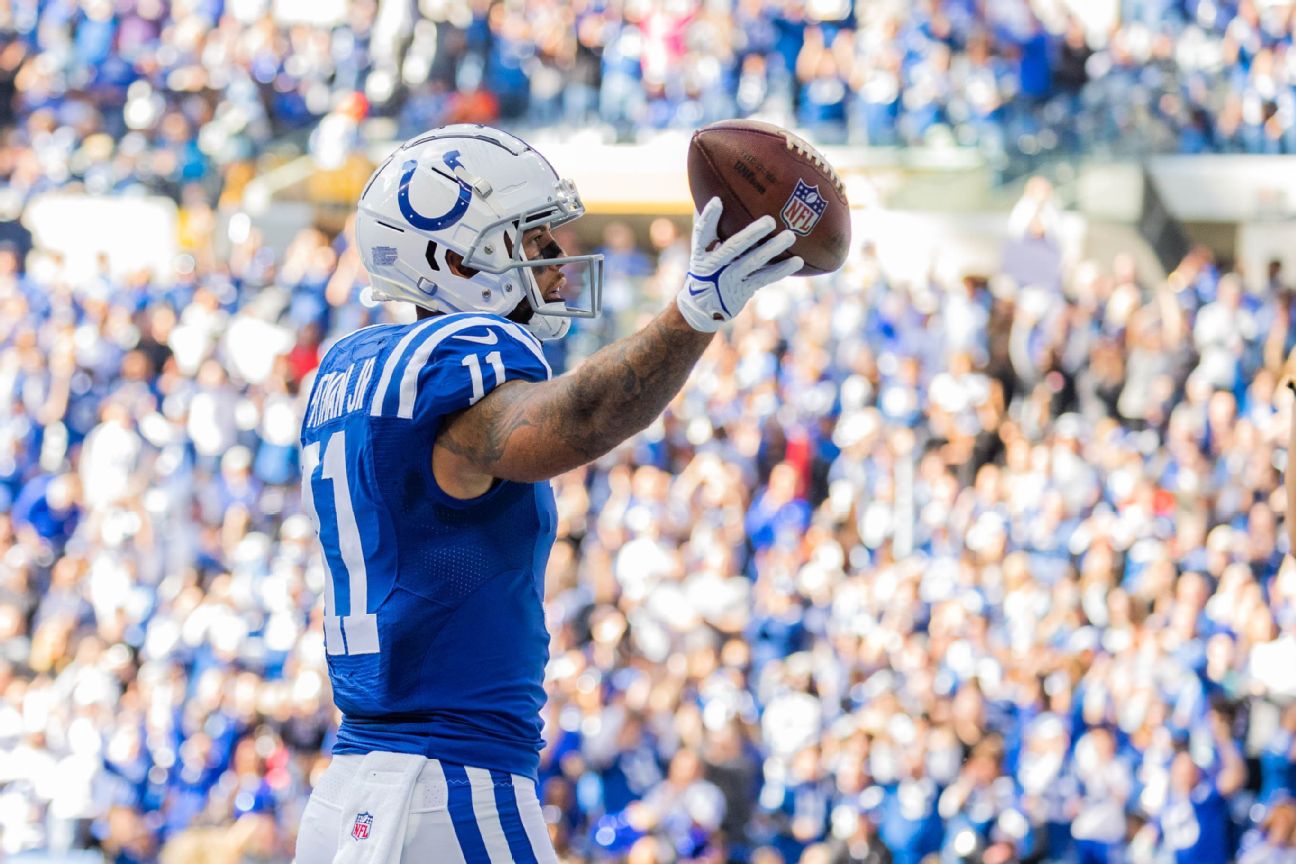 Indianapolis Colts wide receiver Michael Pittman has been ruled out for Sunday’s game against the Jacksonville Jaguars, it has been announced.

Pittman, the team’s top receiver, has recovered from a quadriceps injury. He caught nine passes for 121 yards and a touchdown in the Week 1 tie against the Houston Texans.

Coach Frank Reich had expressed optimism Pittman would be able to play after suffering pain and being pulled from practice on Wednesday.

The Colts ruled out receiver Alec Pierce and linebacker Shaquille Leonard for this week’s game on Friday.

With the injuries on offense, receivers Parris Campbell and Ashton Dulin and running back/slot receiver Nyheim Hines could see a bigger role against the Jaguars. There could also be a bigger workload for star running back Jonathan Taylor, who had 31 carries last week.

McLaughlin, who joined the practice squad alongside Lucas Havrisik on Tuesday, will step up against the Jaguars on Sunday.

McLaughlin, who is making his second stint with the Colts after kicking off for Indianapolis for part of the 2019 season, will replace Rodrigo Blankenship, who was dropped after missing a game-winning try against Houston.

McLaughlin said he spent time on 10 different teams over his four years and made 75.5% of his attempts.

For Prince Harry and Meghan, Tensions Linger in Royal Family After Queen’s Death

Kawhi Leonard says he has no ill will toward Gregg Popovich