An inmate was killed Thursday at Kern Valley State Prison in an attack by three other inmates, correctional officials said.

Louis J. Bachicha was attacked around 6:30 p.m. in a recreation room of the 2,415-seat prison west of Delano. Bachicha, 34, was pronounced dead half an hour later, the state prison system reported.

Authorities did not say how Bachicha was killed, but did note that two makeshift weapons were found in the area where he was attacked. Prison officials and the Kern County District Attorney’s Office and Coroner’s Office are investigating the murder.

Bachicha had been serving a life sentence since 2009 after being convicted of murder and attempted murder in Los Angeles County.

Bachicha, a member of the Bassett Grande gang, was 19 when he and another man challenged two teenagers walking down a La Puente street on Easter Sunday 2008, according to an appeals decision that summarizes the evidence in his case.

“Big bassett!” Bachicha yelled at the couple and brandished a pistol from the white Ford Bronco he was driving. “F – Peanuts,” he added, apparently believing they were members of Puente-13, a rival gang.

Bachicha opened fire, hitting 17-year-old Richard Lopez in the head. Another bullet grazed the back of the girl Lopez was walking with.

Lopez was not in a gang, investigators said after his death. He was enrolled in a Los Angeles County Sheriff’s Department Explorers program at Bassett High School in La Puente.

Prison authorities identified the inmates suspected of killing Bachicha as Victor Madero, Ricardo Nava and Edgar Castillo. All three are from Los Angeles County and are serving life sentences for crimes including carjacking and murder, officials said.

Madero, 45, has been in prison since 2010. As a member of the White Fence gang, he was found guilty of the attempted murder of a man whose stepson had been shot and paralyzed by other White Fence members. After the man testified against his stepson’s attackers, Madero called him an “f——- snitch” and attempted to kill him.

Nava, 35, was convicted of the 2007 murder of Edwin Catalan, 22, in East Hollywood. Nava had targeted Catalan, who he believed had killed someone in his gang, according to an appeal decision filed in his case. Nava also belonged to White Fence.

After spotting Catalan outside a market on the corner of Fountain and Westmoreland Avenues, a Nava employee shot and killed Catalan. Nava then kicked the dead man in the head, the decision said.

Castillo, 35, is serving a life sentence for auto theft and robbery.

A member of the Alley Tiny Criminals, a South Los Angeles gang, Castillo approached a Ford Explorer waiting at a red light and asked the driver for money, according to an appeals decision detailing his conviction.

When she refused, Castillo pulled her out of the car, hit her in the head with a gun, and drove off in the SUV. He was arrested six days later after running the stolen vehicle at a red light.

I wear underwear as outerwear on the school run - I don't care what people think, it's taken years to get this confident

Letters to Sports: Sean McVay will return, but should he? 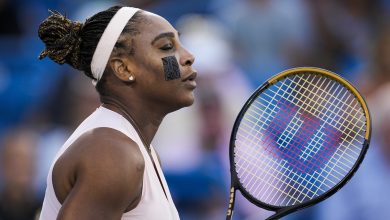