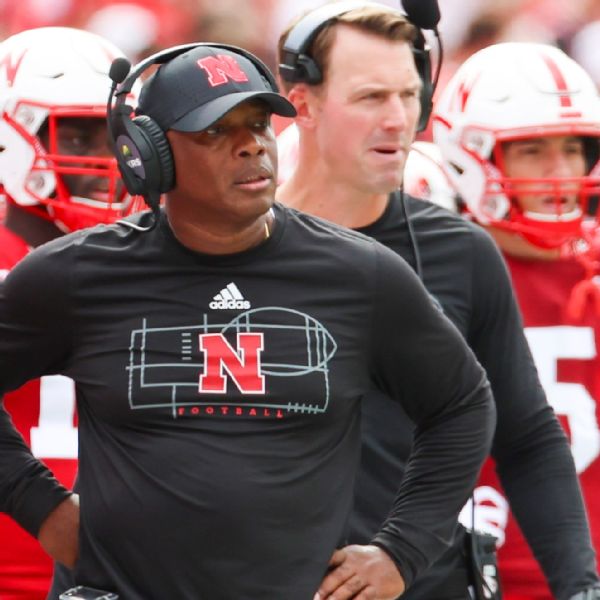 LINCOLN, Neb. — Nebraska interim coach Mickey Joseph took full responsibility for his team’s performance in a 49-14 loss to Oklahoma on Saturday, repeatedly saying in his post-game press conference, “That’s on me.”

Joseph was promoted to caretaker manager last Sunday after Scott Frost was sacked after a 2-1 start to the season. Throughout the week, Joseph promised he would bring more energy and enthusiasm to the program and ensure his players would get back to basics in training – while also shedding the black shirts that are a defense trademark.

But after their first offensive series ended in a touchdown, nothing went right for the Cornhuskers. Oklahoma dominated in every area as Dillon Gabriel threw for 230 yards and two touchdowns while Eric Gray rushed for 113 yards and two more points.

The same issues and lack of alignment plagued Nebraska’s defense while the offensive line struggled to protect the quarterback, making it difficult to find a rhythm on offense. Oklahoma finished with four sacks and nine lost tackles.

“It’s on me, not my players, not my assistant coaches,” Joseph said. “I have to do a better job and I will. I have to take responsibility for it, and I have. We have eight games left and we will prepare to win some games. “

When asked what he could have done differently in his first week as head coach, Joseph said, “I don’t think I did enough last week to get them done this week, less teamwork and getting some fundamentals in order.”

Joseph got his players tackling again during practice, something that hadn’t happened under Frost. He said he plans to tackle more during the upcoming open date before Nebraska gets to the core of its Big Ten schedule.

Additionally, he would like to give younger players more replays and would consider changing the depth chart as these players earn more game time. As for whether he is planning any changes in the coaching staff, Joseph said: “I can’t see that at the moment.”

Of course, the whole week was a challenge for Joseph and his players. Joseph, a former Nebraska quarterback, was on the team as a receivers coach for less than a year. Meanwhile, the players had to say goodbye to their head coach who recruited them. Among the three players made available for post-game interviews, none blamed Joseph for what happened on Saturday.

“Coach Joseph did an incredible job all week,” said linebacker Nick Henrich. “The players were the ones who played the game on Saturday so we have to believe what he says and keep working and believing in him and I know this team believes in him.”

During Frost’s tenure, Nebraska had a habit of losing close games. Too many close games. Nebraska was 5-22 in games decided by a point or less in his more than four seasons as head coach. That includes a narrower-than-expected 23-16 loss to Oklahoma a year ago.

So going from so many close defeats to a not even close Saturday seemed particularly troubling. Joseph said the performance surprised him. Defensive defender Myles Farmer said it felt like things were going Nebraska’s way early on before the game got out of control.

“You’re going to ask me all these questions that I really don’t want to answer,” Farmer said. “But at the end of the day, you’re not here with us. You don’t train with us. Basically, we have to keep playing football.”

The 35-point winning margin is Oklahoma’s widest in the series since 1990. It also caught up on a streak of 13 straight single-digit losses for Nebraska.

Sporting director Trev Alberts, who declined a request for comment, said during his press conference last Sunday that Joseph would have an interview opportunity for the head coaching job.

A source close to Joseph said he believed the coach would be given a fair chance but the remainder of the season would essentially be a workplace audition.

Against this background, during the Fox pregame show, the fans began chanting in front of the stadium: “We want Urban!” As the former national coach of Ohio, Urban Meyer was sitting on the set.

Whatever happens in the future, Joseph wants to make sure his players focus on the remaining eight Big Ten games.