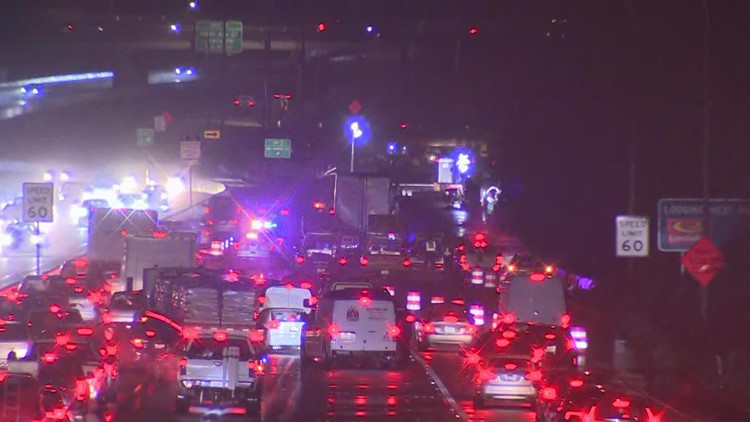 RENTON, Wash. — Interstate 405 near Renton was congested for miles and caused prolonged traffic jams following a crash early Monday morning, according to the Washington Department of Transportation (WSDOT).

The collision was first report just after 3am. along the northbound lanes of I-405 near NE 30th Street. According to WSDOT, the collision blocked two right lanes and the ramp on NE 30th Street was partially blocked. Only one lane is currently open to northbound traffic.

WSDOT tweeted that the backup line spans at least 5 miles, affecting travelers all the way to SR 167 East.

The department said in a tweet “this will be a protracted incident” and asked drivers to look for alternative routes.

There is no estimated timeline for when the highway will open.

Scammers use big Mega Millions, Powerball jackpots to trick you