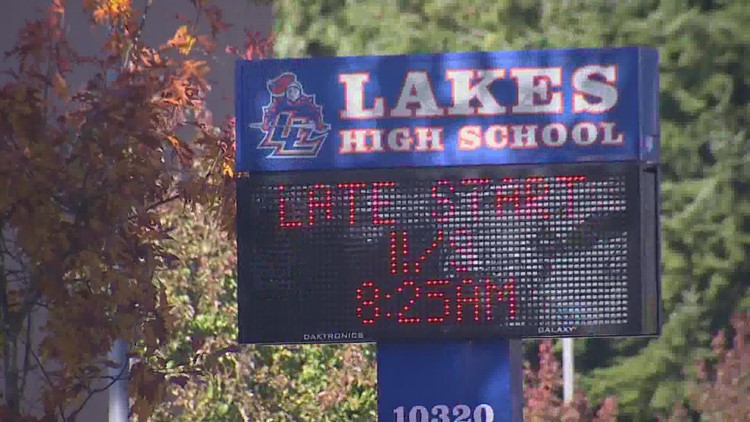 The Stanwood-Camano School District announced it opened an investigation shortly after the November 4 football game between the Lakes and Stanwood, in which witnesses said players and cheerleaders from the Lakes were harassed by the entire area. Stanwood students and Stanwood football players make racist insults. team.

In a statement on the district’s website posted Friday, it provided a summary of two separate incidents, one investigated by district staff and another in which an outside investigator outside has been retained.

The first involved a “virtually identical” report received by the district and the Washington Interscholastic Athletes Association (WIAA) about Stanwood’s use of racial slurs against students. Lakes in the women’s restroom at the stadium.

The district’s investigation involved interviews with eight students, staff, and parents from the Clover Park School District, including Lakes High School and the Stanwood-Camano School District. It found that “hostile words may have been used in the bathroom before the 4 November football game. Although the investigation did not identify a specific person, the evidence suggested the incident. happened.”

It added that “we will therefore refocus our efforts and ongoing actions to teach students that such behavior is unacceptable and should never be tolerated. information, all disciplinary action taken will be consistent with District policy.”

Another case, in which the district has hired an outside investigator, revolves around a social media post alleging that Stanwood students used abusive language towards school football players. Lakes High in the November 4 game.

“The outside investigation, conducted by attorney Noel Treat, involved reviewing statements and interviewing more than 50 individuals in two school districts, including others who were present on and off the field of play. The findings indicate that there is insufficient evidence to trace the player’s use of the “N-word” in the game,” the district’s findings were read in part.

“The investigation has found that it was highly likely that a student used derogatory language in the student stands. The student has been identified with the school principal for appropriate follow-up. All All disciplinary action will be consistent with District policy,” the statement continued.

No additional information was provided about the students involved.

Trump and the Fight Republicans Need to Have