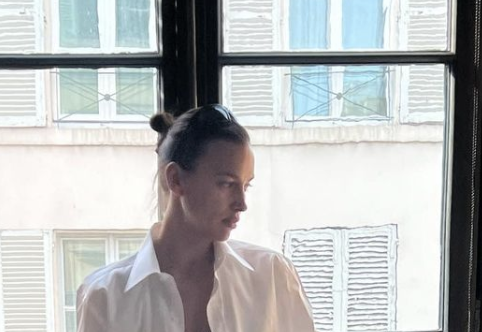 Irina Shaik has hit back at her critics after they claimed she was supporting the Russian military in the conflict with Ukraine.

The supermodel was born in Russia, although she lives in the United States. And their loyalty was questioned when Irina decided to post a picture of a potato salad that seemed very innocent at the time.

In which picture Here we see that the salad has been mixed in a blue bowl. The post was commented on as follows: “Russianzz on Wednesday.” Nevertheless, this picture was criticized for the following reasons.

First of all, the reference to the letter “z” has become a symbol of support for the Russian military. Therefore, Irina’s haters accused her of indirectly maintaining Russian support. Second, others argued that this was too great a coincidence to be unintentional.

And yet this is far from what Irina intended. The supermodel felt she had no choice but to react and clarify any misunderstandings that might have arisen. In response to the backlash, Irina downplayed any malice.

she specified: “Sometimes a salad is just a salad. I promise: no coded messages or political comments here. I wish everyone love.” Despite this, Irina removed the social media post.

However, fans on social media were divided. A certain subset of people felt that this had been overblown. Meanwhile, others felt that Irina’s actions were intentional.

A person wrote: “She knew what she was doing” while another person specified: “Some people are way too stupid these days to think about it any longer.”

In reality, only Irina knows her real intentions. That being said, barring other evidence to the contrary, we can agree with her when in doubt. So there you have it folks. What did you think? Do let us know your thoughts in the comment section below.

Delaware shooting: Portion of I-295 shut down at US 13 after reports of shots fired