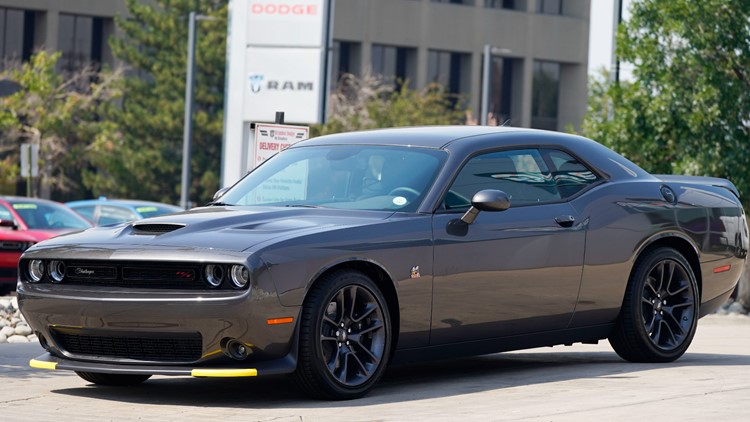 Dodge announced Monday that its iconic muscle car will no longer run on gasoline. All 2023 Charger and Challenger models will feature a “Last Call” plaque under the hood.

WASHINGTON — Two iconic Dodge cars that defined the meaning of muscle cars will be retired in 2023 as the automaker transitions into the electric vehicle era.

Dodge announced Monday that it will end production of its Challenger and Charger vehicles in 2023. The two staple muscle car models will make a big exit, however, as Dodge teased seven special edition 2023 models.

The 2023 Charger and Challenger models will all feature a “Last Call” plaque under the hood to commemorate their history.

“We’re celebrating the end of an era — and the beginning of a bright new electrified future — by remaining true to our brand,” said Tim Kuniskis, chief executive officer of the Dodge brand, in the press release.

According to the announcement, six of the seven “heritage models” are intended to bridge a connection to earlier models of muscle cars.

Details on the heritage-influenced 2023 models will be announced later this year. Dodge teased the seventh and final model as “the very last of its kind,” to be unveiled at the 2022 Specialty Equipment Market Association show in Las Vegas in November.

“At Dodge we never take off and the brand will mark the last of our iconic Charger and Challenger nameplates in their current form in the same way that brought us here with a passion for both our products and our enthusiasts that drives us to create as much uniqueness in the muscle car community and market as possible,” said Kuniskis.

Contrary to its traditional way of selling, Dodge will allocate the special-edition cars to dealers “instantly” on a first-come, first-served basis. Orders and pricing for the 2023 special edition models will also be announced later this year.

Dodge didn’t extend its plans for the muscle car models beyond 2024, leaving a window of hope for the car’s return into the future.

For Stricken Lebanon, Shipments of Ukrainian Grain Might Not Be Enough