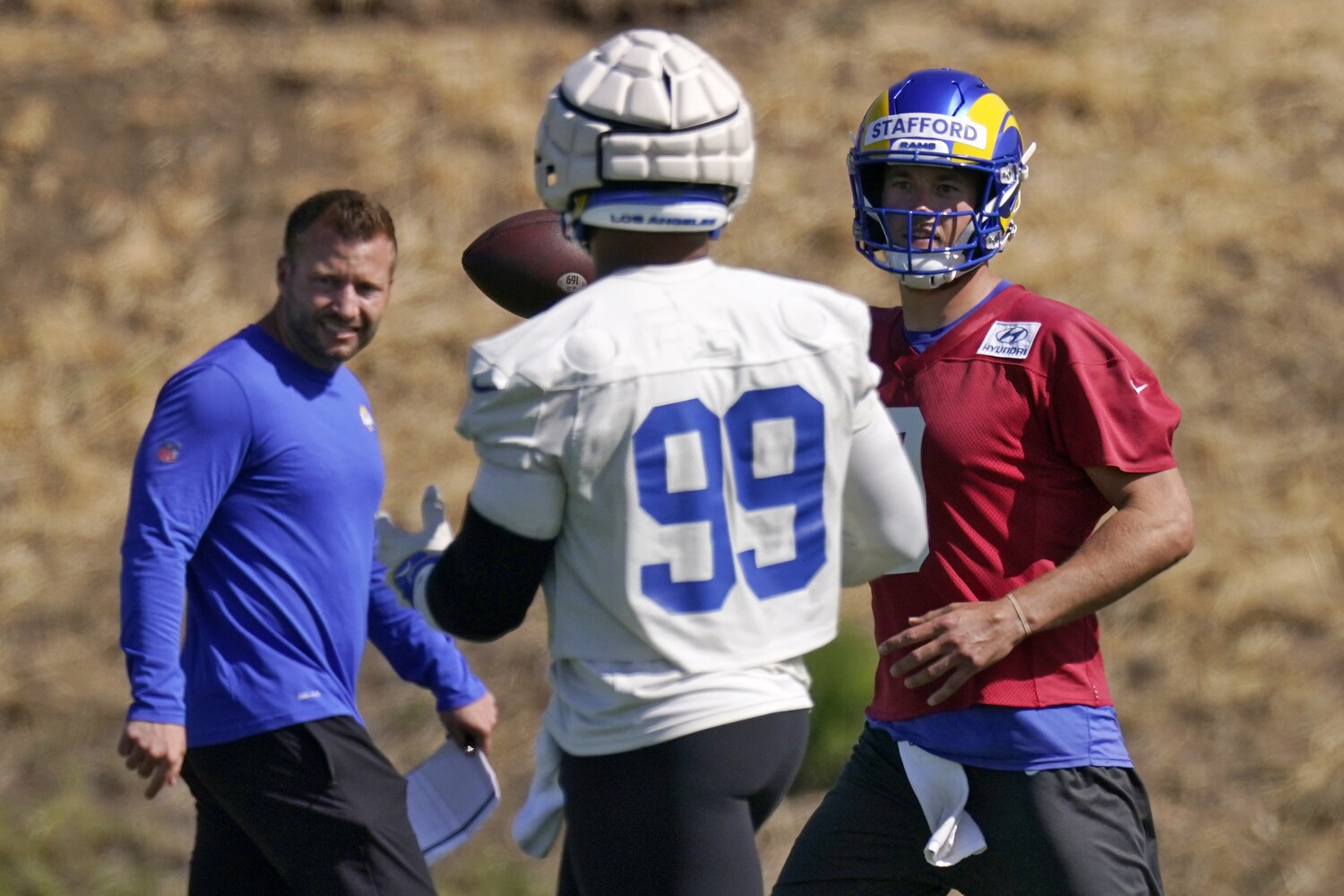 Days after winning the Super Bowl, Rams players stood on a stage during a post-parade rally and shouted their desire to “Run it Back” this season.

Not since the New England Patriots in the 2003 and 2004 seasons has a team won a consecutive title.

Rams players aim to become the first team in nearly two decades to accomplish this feat.

“Everyone wants another one,” linebacker Justin Hollins said Saturday after arriving at a Newport Beach hotel for the start of training camp. “This is football heaven. You want to stay in football heaven.”

In 2019, the season after losing to the New England Patriots in Super Bowl LIII, the Rams suffered a post-Super Bowl malaise. They finished 9-7, missing the playoffs for the only time in Sean McVay’s five seasons as coach.

Can it be different now that you are the defending champion?

Since their first offseason meeting, McVay and his players have repeated like a mantra that last season is history and will have no bearing on the season ahead.

As they prepare for their first practice at Sunday’s training camp at UC Irvine – public practice begins Friday – here are seven questions to ask in preparation for their regular season opener on Sept. 8 against the Buffalo Bills at SoFi Stadium will answer.

World Cup that began with uncertainty will end with history