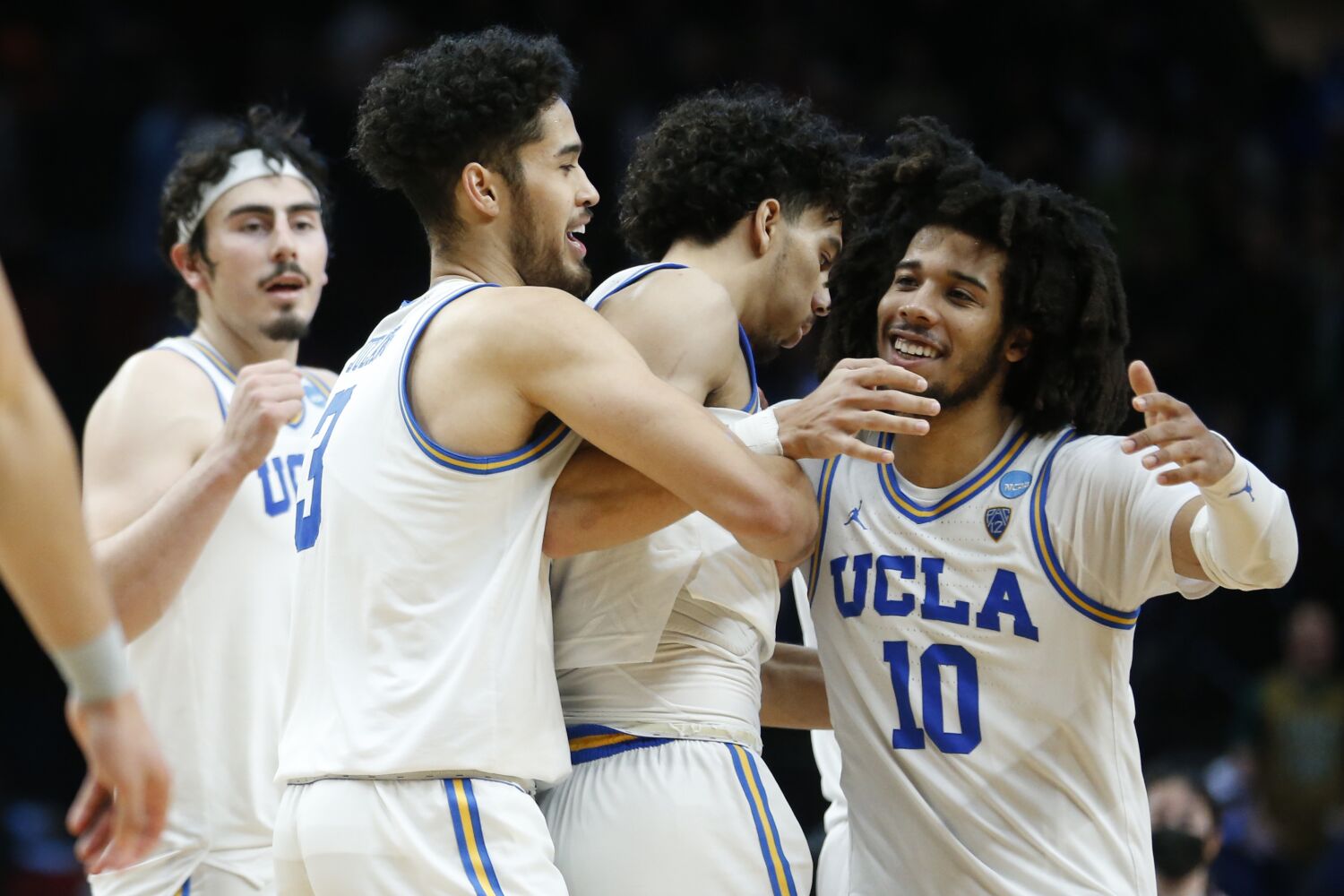 Victory in October, never the goal of the UCLA basketball team, continues to be an annual ritual under coach Mick Cronin.

For the third time in as many years, the Bruins were selected as the winners of the Pac-12 conference in a media poll released Wednesday morning.

In each of the last two years, they have fallen short of these forecasts. Will this be the year UCLA breaks through in a regular conference for the first time since 2012-13?

There’s a lot to like about these Bruins, starting with point guard Tyger Campbell and small forward Jaime Jaquez Jr. Both players are preseason first-team All-Pac-12 picks and could end the season as All-Americans. A talented freshman class led by guards Amari Bailey and Dylan Andrews, and centers Adem Bona and swingman Abramo Canka will add some pizzazz.

The Associated Press rankings reflected an identical pecking order among the Pac-12 teams. UCLA was ranked 8th in the preseason poll, followed by Arizona at 17th and Oregon at 21st. Unranked USC received three votes.

UCLA has placed second, fourth, and second in the Pac-12 in three seasons under Cronin. The Bruins reached the conference tournament championship game last season before losing to Arizona.

Will Mike Trout ever play for hometown favorite Phillies?