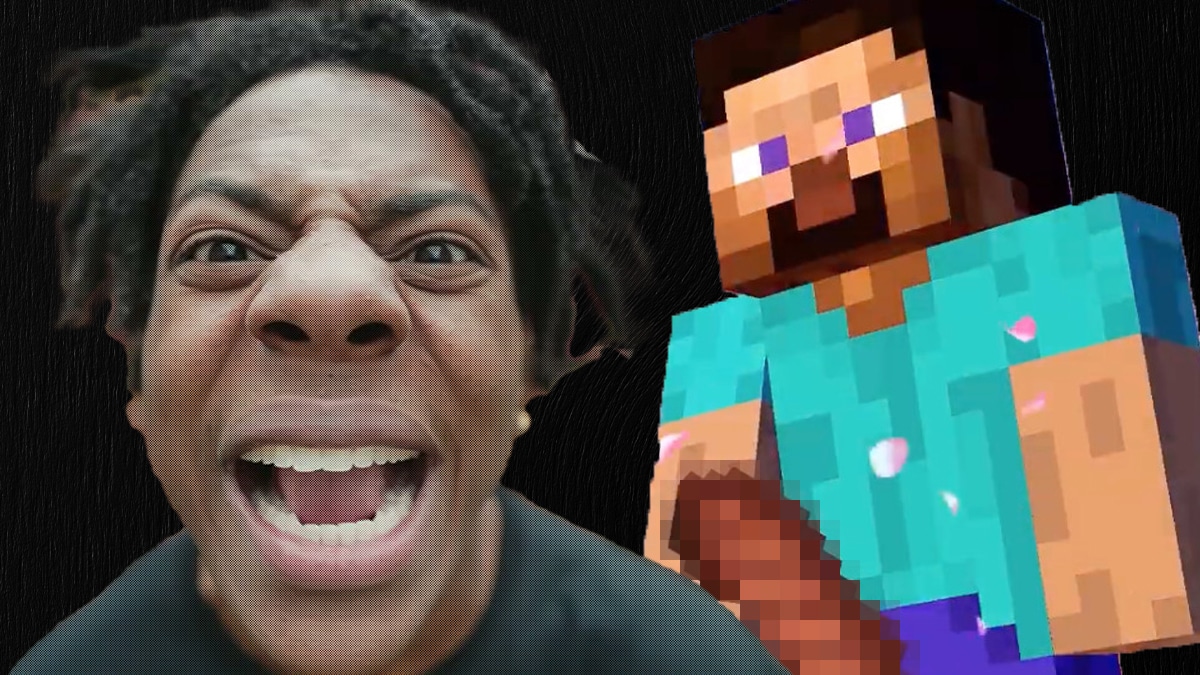 Hugely popular streamer IShowSpeed ​​claims he was banned from YouTube after streaming an adult Minecraft mod to 90,000 live viewers.

After some casual comments on Adin Ross’ dating show E-Date, Speed ​​was banned from Twitch and found a new home on YouTube. But that wasn’t the last time Speed ​​was called out for his colorful stream commentary.

However, Speed’s recent controversy had led to those involved using her mouth in other ways. On July 21, 2022, Speed ​​live broadcast an adult Minecraft mod in which an NPC named Jenny ate Steve’s “cooked pork chop”.

While Speed ​​acknowledges that the content he’s streaming is explicit and that his “kids” viewers shouldn’t see it, he continued to play the mod. He covered and uncovered the screen several times, showing Steve’s male anatomical parts going into Jenny’s mouth. At the time, he had over 90,000 concurrent viewers.

This evoked a range of emotions in the YouTube community. Many viewers didn’t see a problem with the content and stated that different GTA RP streams show similar plots. Others felt it was irresponsible for Speed ​​to expose its younger viewers to adult content.

On July 22, IShowSpeed ​​posted a story on his Instagram, writing, “I’m banned folks, goodbye.” He also tweeted a screenshot of a message from YouTube showing the stream shut down. That also means speed received a Community Guidelines strike on his channel.

In a back-and-forth with Full Squad Gaming’s Jake Lucky, speed explained that he had deleted the stream as soon as it showed explicit content. He also released a video titled “Last Message” on his second channel, in which he told his fans that he was “gone” and wished he could have reached 10 million subscribers.

“I don’t know when I’ll be back. I don’t know if I’ll come back,” Speed ​​explained. “You’ll probably never see me again.”

However, according to YouTube, Speed ​​will only be banned from streaming for two weeks. That’s the penalty each channel receives for getting its second strike, and it’s even sketched out in the farewell video.

Regardless, it seems like Speed ​​is taking a hiatus from content creation for a while. His fans will be waiting for his return whenever – if ever – that will be.

Dodgers' Walker Buehler to take another step in injury comeback

Nia Long’s Husband Allegedly Became ‘Obsessed’ w/ Married White Side Piece After She Broke It Off!!

The Northman director doesn’t want to do a Marvel movie