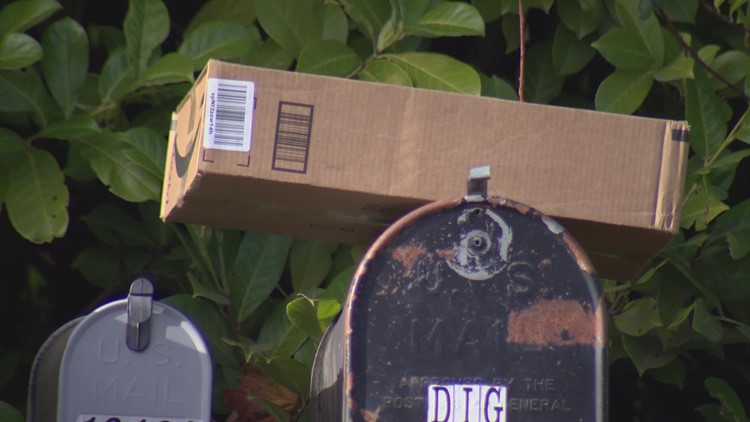 On Vashon Island, some residents said they were dealing with a mail delivery crisis. They say the staffing shortage is causing a harmful domino effect.

VASHON ISLAND, Wash. — On Vashon Island, some residents are dealing with a mail delivery crisis.

They say the staffing shortage is causing a harmful domino effect and residents worry that the situation will only get worse as the Christmas break approaches.

Toby Nichols, an 11-year resident of Vashon, said the way packages were delivered was part of the problem. Every day, he walks five minutes from his house down the driveway to his mailbox. He said a year ago, packages were usually delivered to his doorstep. Now the packages are left on the mailbox along a busy road, a quarter mile from his house.

Those deliveries are becoming a target, Nichols said.

“We had a package that my wife ordered. We never saw the box. Someone took it on their own,” Nichols said.

“It was a kind of montage of what I call a failed post office,” he said.

He took pictures of packages, some labeled fragile, dumped along the road or piled up.

“Here are some prescription drugs stuffed in my newspaper,” Nichols said, pointing to one of the photos.

Nichols said he has sent his concerns to the local post office at least half a dozen times and he is not alone.

“These people are carrying a load that other places don’t even expect,” said Mary Marin, a Vashon resident.

“They’re overloaded with Amazon packages. We’ve heard that many times from employees. They have too much mail to deliver,” said Davies.

In a statement, a USPS spokesperson acknowledged that it was dealing with staffing shortages and was looking to hire more staff.

“The good news is that we have two new hires that are currently being prepared and are in the process of orientation and background that we hope will help with the operation. We have a number of additional job openings and they I will continue to hire and hire for these jobs. To meet the unique challenges on Vashon, we are bringing in temporary employees from the Seattle area who work on the ferry’s schedule.” a statement read. long-term solutions to stabilize our services.”

Nichols sees postal workers doing their best, but he says leaving packages piled up in mailboxes or along busy streets is creating problems.

“The post office shouldn’t be a part of that,” says Nichols. “They shouldn’t be delivering packages on the street a quarter of a mile from your house and expecting everything to be okay because it’s not.”