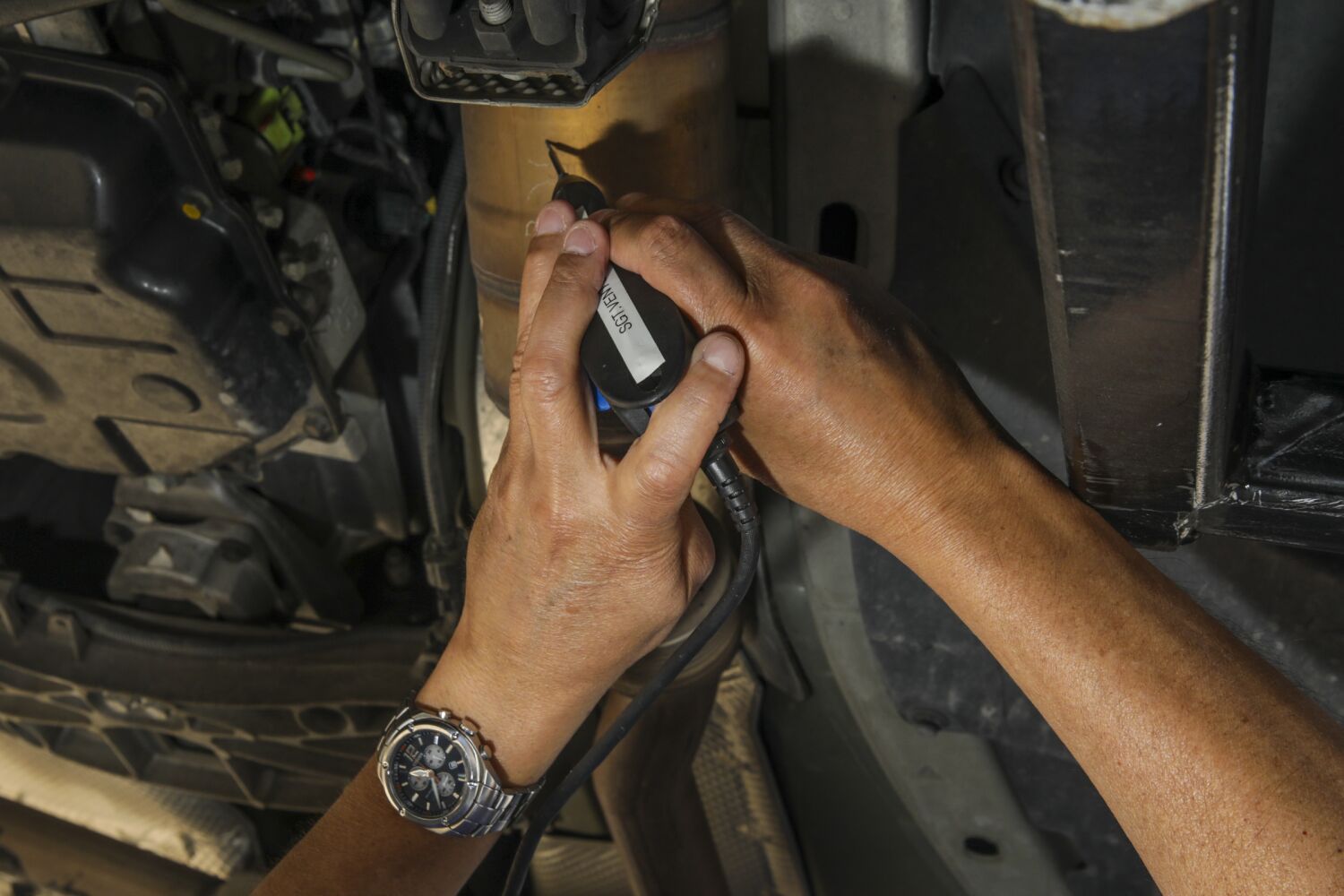 Gov. Gavin Newsom announced Sunday that he signed legislation to crack down on rampant theft of automotive catalytic converters by making it illegal for recyclers to buy the valuable auto part from anyone other than the rightful owner or a licensed dealer.

Lawmakers introduced a series of bills this year to deal with an alarming increase in brazen thefts of catalytic converters, the emission control devices in cars that contain precious metals like rhodium, platinum and palladium. The often-untraceable parts are easy to saw off a vehicle, making them an attractive target for those looking to make a quick buck at a junkyard.

The two new bills — Senate Bill 1087 by Sen. Lena Gonzalez (D-Long Beach) and Assembly Bill 1740 by Assembly Member Al Muratsuchi (D-Rolling Hills Estates) — will increase penalties for buyers who fail to acknowledge this has been a catalyst not stolen.

The laws are designed to make it harder for thieves to find a marketplace for the parts. Scrap recyclers and dealers must document how and from whom they purchase catalytic converters to ensure they only deal with owners and qualified sellers.

“We’re going to get to the root cause of this crime, at least one of the causes. And these are the brokers and middlemen who pay top dollar for stolen parts. It will now be illegal in California to purchase catalytic converters from anyone other than a licensed auto dismantler or dealer,” Newsom said in a video statement. “You’re taking away the market for stolen goods, you can help curb theft.”

States across the country have introduced new policies to combat the skyrocketing popularity of catalytic converter theft, which has been exacerbated by the COVID-19 pandemic as car use declined and the value of certain metals rose.

According to a 2021 report by the Congressional Research Service, a stolen catalytic converter can fetch $25 to $500 and cost an owner $3,000 to replace the part. The most affected vehicle types and models include the Ford F-Series, Honda Accords and Toyota Priuses.

The new laws require a traceable method of payment for the catalytic converters and stricter records of purchase, including detailed information about the companies selling the parts and the vehicles from which they were taken.

Don Mattingly won't be back as Miami Marlins manager next season

As California faces lifeguard shortage, a bill seeks to help