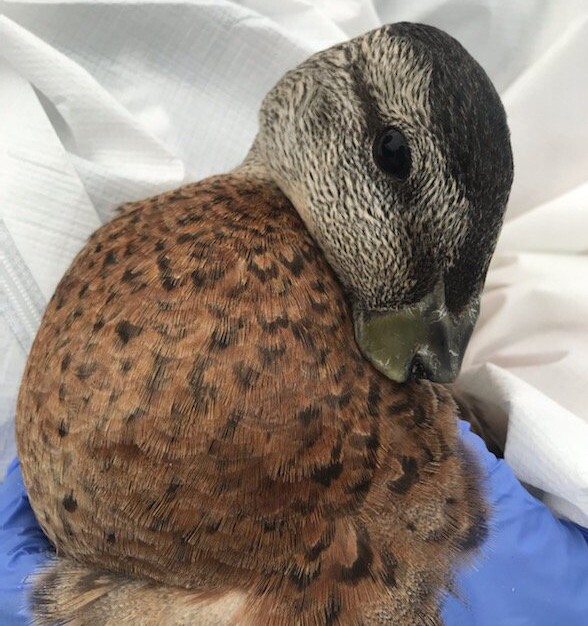 Two ducks recently found starving with their beaks severed in Fountain Valley’s Mile Square Park had to be euthanized because they were unable to feed on their own, authorities said.

Law enforcement officials are now investigating how the bizarre injuries occurred and who may have targeted the birds.

The two ducks had to be euthanized due to the severity of their wounds and their inability to eat, said Debbie McGuire, executive director of the Wetlands and Wildlife Care Center in Huntington Beach. Officials are now asking for the public’s help in determining if someone is responsible for the mutilation of the wild animals.

The two birds were still alive when they were both taken to the center, a non-profit group that cares for injured wildlife. “I have a feeling it might just have been malicious,” she said of her wounds.

The California Department of Fish and Wildlife is also investigating the incident, and while it’s odd, the department is also considering the possibility that the injuries could have been caused in the wild, Capt. Bill Dailey from the federal agency.

“They might have flown down together, but we don’t even know that,” Dailey said. “We’re investigating, but there’s no real evidence of it.”

The first duck was brought into the center by a member of the public on July 31, McGuire said. Two weeks later someone alerted OC Animal Care about a second duck at the park with similar injuries.

OC Animal Care, OC Park Rangers and officials from the California Department of Fish and Wildlife have been contacted about the attacks. McGuire said agency law enforcement officials also received video obtained from a resident who recorded two people who appeared to be injuring ducks. The ducks sounded like they were in distress, McGuire said.

Dailey said investigators received the video but believe it may have been linked to another incident where someone may have plucked feathers from a duck. Investigators are looking at all possible leads, he said.

However, the incidents have raised concerns about attacks on animals in the large city park, which attracts a variety of wildlife with its two fishing lakes and expansive green space. On Thursday night, McGuire said she received a second video showing two terrapins that appeared to have been decapitated sometime in mid-July.