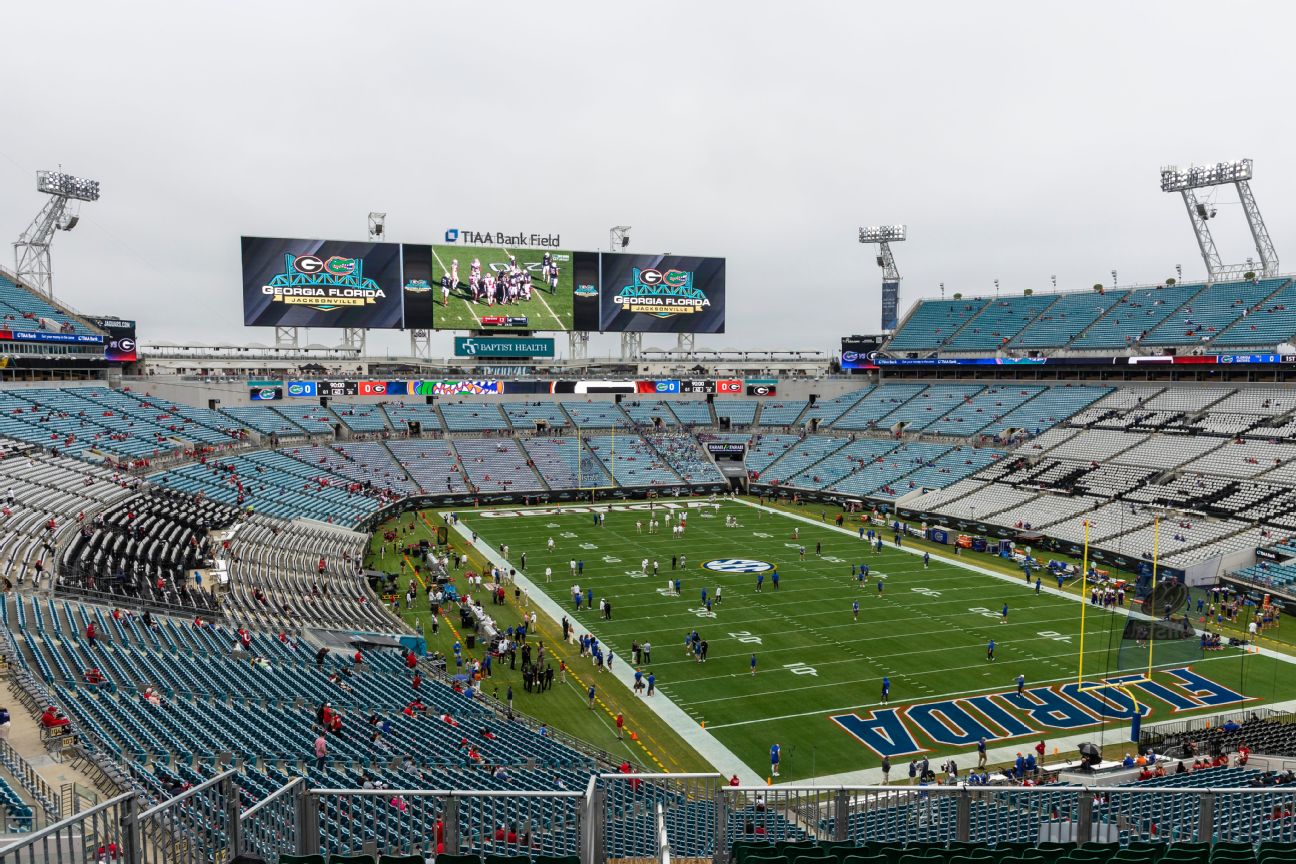 The news at the stadium came after Florida and Georgia played their annual game at TIAA Bank Field on Saturday. The message on the back of one of TIAA Bank Field’s video boards read, “Kanye was right about the Jews.” This was in reference to recent tweets and anti-Semitic comments from musician/producer/designer Ye, formerly known as Kanye West.

According to WJXT TV-4 in Jacksonville, two banners reading “End Jewish Supremacy in America” ​​and “Honk if you know it’s the Jews” were installed on an overpass near Interstate 10 on Friday.

The schools released a joint statement on Sunday morning.

“We strongly condemn the anti-Semitic hate speech that was projected in front of TIAA Bank Field in Jacksonville after Saturday night’s Florida-Georgia soccer game and the other anti-Semitic messages that appeared in Jacksonville,” the statement said. “The University of Florida and the University of Georgia together condemn this and all acts of anti-Semitism and other forms of hatred and intolerance. We are proud to be home to strong and prosperous Jewish communities at UGA and UF, and we stand united against hate. “

Jaguars owner Shad Khan, who is with his team for Sunday’s game against the Denver Broncos in London, was also upset when he heard the news.

“I am personally dismayed to learn of anti-Semitic rhetoric and messages that marred the experience of Saturday’s Florida-Georgia game,” Khan’s statement said. “I know this isn’t representative of our community, but it happened and it’s outrageous. It’s hurtful and wrong. It has to stop. I ask everyone to make it their mission to end the ignorance and hatred. Let’s be better.”

Last year, the Anti-Defamation League recorded 2,717 incidents of harassment, vandalism, or violence against Jews — the highest annual count since tracking these incidents began in 1979. The latest anti-Semitic incidents come four years after the deadliest attack on American Jews, eleven people were killed in a synagogue in Pittsburgh just days before the contentious US midterm elections

“Lately, many of you have spoken out,” reads the 30-second ad from the Kraft’s Foundation to Combat Anti-Semitism. “We hear you today. We need to hear from you tomorrow. There are less than 8 million Jews in this country. Less than look at this ad. They need you to add your voice.”

The ad, which was scheduled to air during the first quarter of the game, ends with the hashtag: #StandUpToJewishHate.

“I have dedicated tremendous resources to this effort and pledge to do more,” Kraft said in a statement. “I encourage others to join this effort. My hope is that this commercial will further fuel the national conversation about the need to speak out against hatred of all kinds, and Jewish hatred in particular.”

IPL 2022: “Want Mumbai to express themselves now that they are free from the pressure”

Tampa Bay Buccaneers to be without four starters vs. Ravens