Anthony Nelson, 47, who was wanted for the murder of 21-year-old Jailene Holton, has been arrested at Harrah’s Casino in Atlantic City.

“Our community is deeply weakened by the utterly appalling and senseless loss of Jailene, who promised so much of a tremendous future. We hope that the speedy arrest of this heinous offender will bring some comfort to the Holton family,” officials said.

SEE ALSO: Family members identify a woman killed when a man shot at a bar in northeast Philadelphia

According to police, the shooting happened around 11:30 p.m. on June 28 at the Philly Bar and Restaurant in northeast Philadelphia.

Police said staff tried to throw three men out of the bar, causing a disturbance, but one had to be forced out.

The man then went to a pickup truck about 200 feet away and fired 15 shots into the bar, police said.

All three men left the scene in the truck.

Investigators said five of the bullets went through the front window and one hit Holton in the head.

Police said she was hanging out with friends when they saw her fall to the ground.

James Holton, Jailene’s uncle, said she was a good kid and would serve as the designated driver.

“She didn’t go out often. Her friend called her, she went to Topgolf and then they came (to the Philly Bar and Restaurant). They were only going to be there for like 15 to 20 minutes and then there was an altercation and whatever this guy started shooting,” James Holton said.

Deputy Supervision Marshal Robert Clark was present when Nelson was caught on Wednesday.

“Many of our task force investigators have children. This was an unnecessary act of indiscriminate violence. It’s a horrific act and we’re just so grateful that we were able to get out and have him in custody in less than 12 hours,” Clark said. “We started at 5:30 am (Wednesday) in the morning, exhausted some pointers here in the city of Philadelphia. We had some other things to do in South Jersey and lo and behold we found a spot for him at Harrah’s Casino.”

Once there, Deputy Clark says they located Nelson in a room. 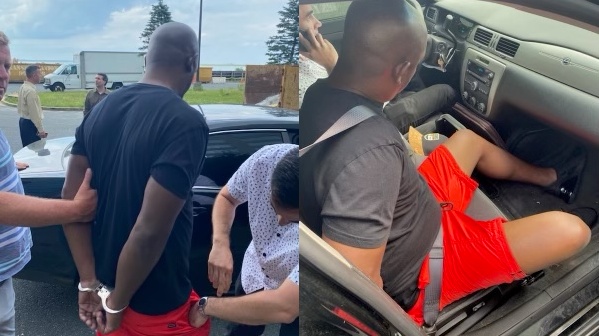 “Once he realized we were there and not going away, we were able to safely take him into custody without anyone getting hurt,” Clark said.

The fact that Nelson was found in Atlantic City leads US Marshals to believe he was aware of what he was accused of.

“We think he knew he was wanted,” Clark added.

The neighbors in Philadelphia now breathe a sigh of relief.

“I’m just happy. At the end of the day, no one deserves to die,” said Sandip Panchel of Northeast Philadelphia.

It’s still unclear if the other men seen exiting the truck will be charged.

America’s Industrial Base Isn’t Ready for War With China