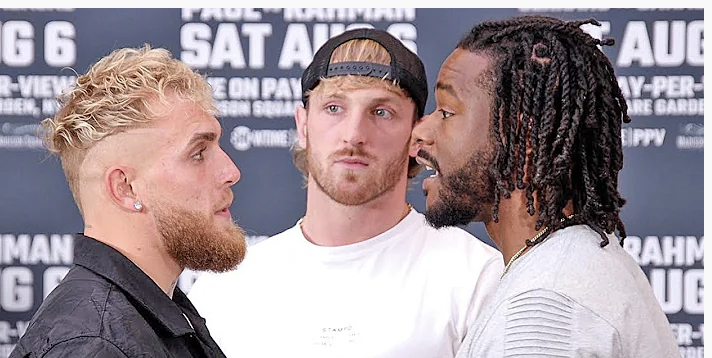 Jake-Paul had to call off his fight with Hasim Rahman Jr. after he allegedly breached his contract.

Reportedly, Hasim had not met the required weight requirements for the fight. The former had previously had a heavyweight bout where his weight exceeded 260 pounds.

This was a massive increase over what was expected for his fight with Paul, as an agreement was reached that the weight at the pre-fight weigh-in should not exceed 200 pounds.

But there were several problems as Hasim appeared to have lost just a single pound since signing the contract. After further negotiations, it was agreed that the weight would be shifted to 205 pounds. And yet Hasim is said to have demanded a further increase to 215 pounds, after which the fight was abandoned.

In an official statement on behalf of Jake, his advertising company Most Valuable Promotions said: “MVP and Jake Paul will not reward someone who has behaved in such a deceitful and calculated manner. As such, MVP is left with no choice but to cancel the August 6 event.”

This isn’t the first time Jake has had to stop fighting. This also happened twice with Tommy Fury. First and foremost, Fury retired with an apparent injury.

On the second attempt, Fury was then prevented from entering the United States as visa issues could not be resolved. And all of this raises question marks about where Jake is going next.

Fans on social media had a lot to say about it. And in doing so, they criticized Jake’s excessive contract terms. A person wrote: “Lol the guy talks professional but wanted a heavyweight to get bulimic to fight him.”

So who will Jake fight next? So there you have it folks. What did you think? Do let us know your thoughts in the comment section below. If you enjoyed this article, check out our other features on the Daily soap dish.