The portrait shows friends and family of the man, affectionately known as “Simmie”, in a suit with a red tie, red handkerchief and hat.

“Even in his 70s he was very proud of his looks. His niece said James still dressed stylishly every day,” Castro wrote. 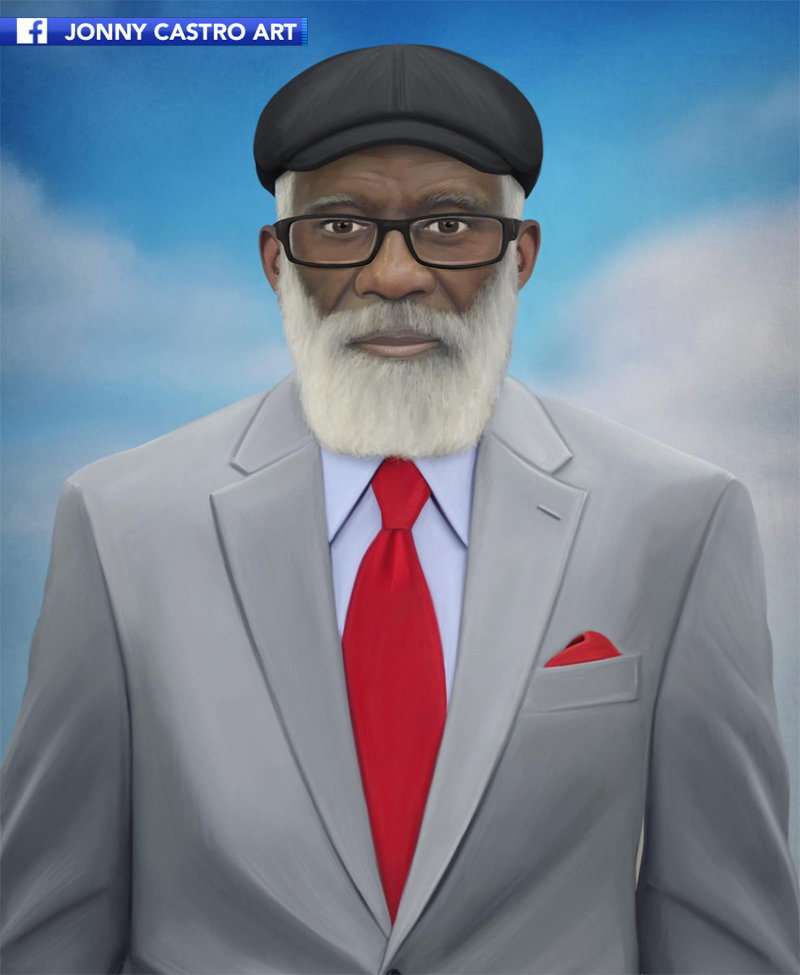 14-year-old Richard Jones, who surrendered to police, was charged with the murder of Lambert as an adult.

Police say Jones has been charged with murder and criminal conspiracy.

The teenager has been identified by authorities as one of seven youths seen in an attack on Lambert at about 2:38 a.m. on Friday, June 24 at the 2100 block of Cecil B. Moore Avenue in North Philadelphia.

The kids were seen hitting Lambert multiple times with a construction cone.

“At one point he tried to get up to run away but they continued their attack. Surveillance video showed the teenagers smiling and laughing as they punched the older man,” Castro said.

Lambert died from his injuries the next day.

Jones surrendered Monday along with a 10-year-old child, who was later released. A 14-year-old girl turned herself in on Wednesday.

In his post, Castro said Lambert was a lifelong resident of Philadelphia. The walk he took was a regular one he took for the last 60 years of his life, the official said.

“He was at his 85-year-old sister’s house for dinner just hours before the violent attack and made regular visits to his family members, all of whom still live in the area,” Castro said.

Elsie Stephens, the victim’s sister, told Action News earlier this week she was struggling to understand what happened.

“He kept saying, ‘He’ll be fine. Uncle Simmie is coming home. He’ll be fine,'” said Rochelle Stephens. “And just so my three-year-old grandson understands that he’s never coming back now, he holds up the sympathy card and says, ‘They took my uncle with them.'”

Suspect in stolen BMW accused of shooting at car, running it off the road before setting BMW on fire in Fife