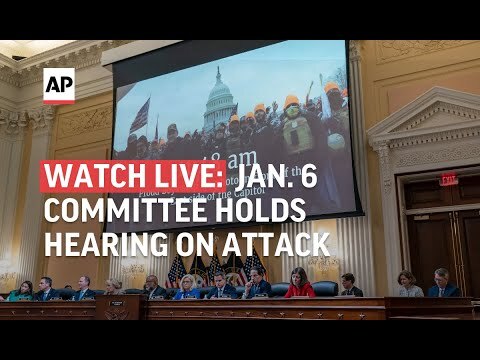 The links between former President Trump’s allies and the far-right extremists who attacked the Capitol on Jan. 6, 2021, will be the focus of Tuesday’s hearing by the House committee investigating the riot.

The panel’s seventh public hearing will cover an extended period from the Dec. 14, 2020, electoral college meeting to confirm Biden’s victory to Jan. 6, 2021, when the count of congressional votes was disrupted by the attack on the Capitol . The committee is expected to provide evidence and testimony on the preparations for the riot by extremist groups such as the Proud Boys and Oath Keepers, whose members have since been charged with sedition.

Rep. Stephanie Murphy (D-Fla.) and Jamie Raskin (D-Md.) will chair the questioning of witnesses after opening remarks from Chairperson Bennie Thompson (D-Miss.) and Vice Chairperson Liz Cheney (R-Wyo.). The committee did not release the names of witnesses before the hearing because of concerns about their safety, but multiple media outlets reported that a former spokesman for the Oath Keepers and a rioter who pleaded guilty to entering the Capitol were among the witnesses will be.

The panel will also address a Dec. 18 White House meeting where Trump allies tried to persuade him to sign an executive order to confiscate voting machines and is expected to show how extremist groups the President’s Dec. 19 announcement of a “wild” rally hours before Congress meets to confirm the election results as an indication to come to Washington to keep him in power by any means necessary.

The relationship between the Proud Boys, Oath Keepers and QAnon, as well as former National Security Advisor Michael Flynn and Republican agent Roger Stone, will be discussed by the committee, which will also examine what White House staff and advisers knew about the potential for violence and members of Congress Pence in the days leading up to January 6 to change the election result.

Flynn was a key player in trying to find evidence of post-election fraud and was escorted on January 6 by a security detail made up of members of the Oath Keepers, several of whom have been charged with entering the Capitol. Stone had a long-standing relationship with the Proud Boys and helped raise money to hold rallies around January 6th.