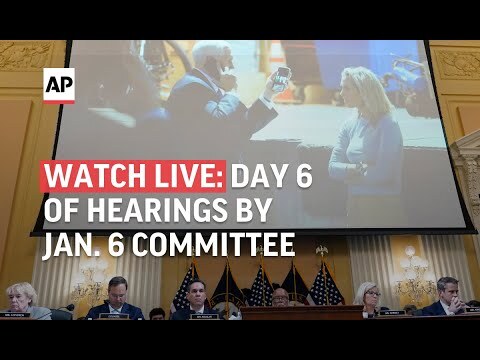 A surprise witness and new evidence will be the focus of Tuesday’s unexpected hearing of the panel investigating the January 6, 2021 riot.

The committee summarily rescheduled the hearing for Monday to “present recently received evidence and obtain testimony,” although last week it expected it would take time to consider new information and would not meet again until mid-July. The committee has not confirmed the witness’ name, but multiple media outlets had reported as of Tuesday morning that Cassidy Hutchinson, the assistant to former President Trump’s chief of staff Mark Meadows, will testify in person.

Surprising witnesses are rare in congressional hearings. The last major surprise witness was White House Assistant Alexander Butterfield, who confirmed the existence of a recording system in the Oval Office during the 1973 Watergate hearings, a testimony that led to Nixon’s resignation and changed US history.

Hutchinson has sat for at least four testimonies before the House Selection Committee, once in the past two weeks. As top adviser to Meadows through Jan. 6, she attended or briefed on several key White House meetings and was backstage while Trump delivered his speech at the “Stop the Steal” rally on the Ellipse near the White House held. She was also the main point of contact between Meadows and many members of Congress.

Hutchinson has been particularly accommodating since she recently switched attorneys from Stefan Passantino, who was White House ethics attorney early in Trump’s tenure, to Jody Hunt, who is a longtime confidante of Jeff Sessions, Trump’s first attorney general.

Their statements were the source of some of the committee’s biggest revelations to date, including Meadows being warned by the Secret Service that violence was possible on Jan. 6 and Trump cheering on rioters chanting “Hang Mike Pence.”

She also told the committee that Trump, Meadows and members of Congress had been moving forward with a plan to try to get the states electoral rolls dismissed, even after the White House Attorney’s office had repeatedly said it was illegal, and that Meadows after meeting Rep Scott Perry (R-Pa.) in the weeks following the 2020 election.

Hutchinson also provided the committee with the names of Republican congressmen who had sought presidential pardons after Jan. 6.

Hutchinson completed a White House internship in 2018 and rose to become the coordinator of legislative affairs in Meadows’ office, as well as his assistant.

Zelensky: Fate of Ukraine’s Donbas on line in fight for city