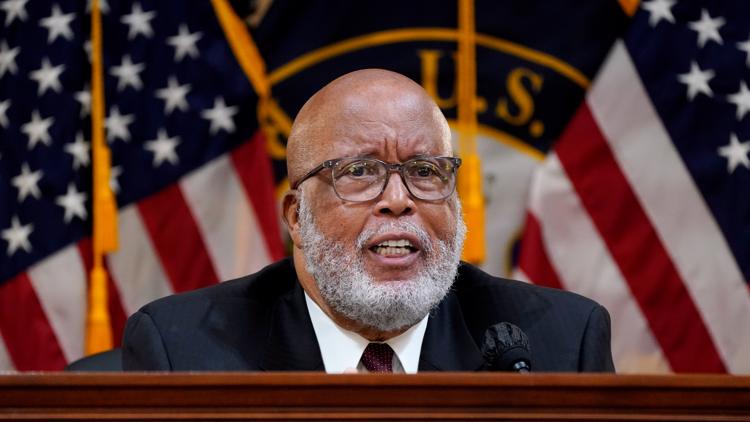 The chairman, Rep. Bennie Thompson, told reporters Wednesday that the committee is receiving “a lot of information” — including new documentary film footage.

WASHINGTON DC, DC — The House’s Jan. 6 committee plans to continue its public hearings into July as its investigation of the Capitol riot deepens.

The chairman, Rep. Bennie Thompson, told reporters Wednesday that the committee is receiving “a lot of information” — including new documentary film footage of Trump’s final months in office — as its yearlong inquiry intensifies with hearings into the attack on Jan. 6, 2021, and Donald Trump’s efforts to overturn the 2020 election that Democrat Joe Biden won.

Thompson, D-Miss., said the committee’s Thursday hearing, which is set to highlight former Justice Department officials testing about Trump’s proposals to reject the election results, would wrap up this month’s work. The committee would start up again in July.

“We have a new documentary from a person that we’re talking to, and we got to look through all his information,” Thompson said, referring to the British filmmaker whose never-before-seen interviews with the former president and his inner circle were turned over to the committee this week. The footage was taken both before and after the insurrection.

For the past year, the committee has been investigating the violence at the Capitol and its causes, and has interviewed more than 1,000 witnesses and produced some 140,000 documents. Nine people died in the attack and its aftermath.

The committee had been scheduled to conclude this first round of public hearings in June. But additional information has come to the committee’s attention, and Congress is set to recess for two weeks of remote and district work into the Fourth of July holiday.

The revelation about the film came to light Tuesday when British filmmaker Alex Holder revealed he had complied with a congressional subpoena to turn over all of the footage he shot in the final weeks of Trump’s 2020 reelection campaign.

Rep. Jamie Raskin, D-Md., indicated on Tuesday that the investigation’s schedule may be changing.

“I would just say the original hearings would have wrapped up in June, but we are picking up new evidence on a daily basis with enormous velocity,” Raskin said. “And so we’re constantly incorporating and including the new information that’s coming out.”

He added: “But certainly the hearings will conclude before the end of the summer.”

The televised hearings launched with a prime-time session this month, and lawmakers said they continue uncovering new tips and information.

1 dead, 1 injured in shooting on San Francisco Muni train near the Castro

Pelosi attacker evaded cameras, security to get inside home