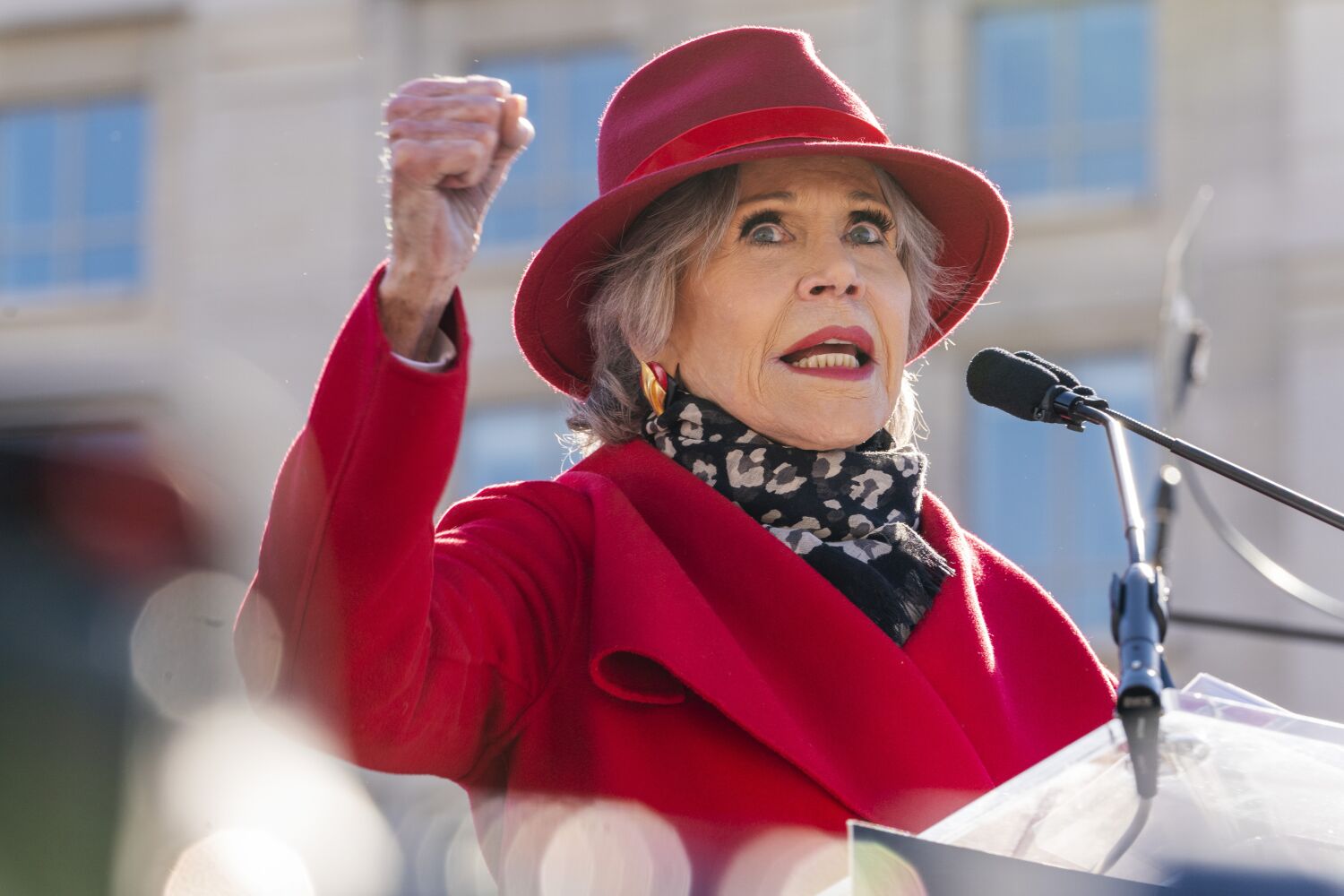 Jane Fonda is recovering from her non-Hodgkin’s lymphoma and feeling “so blessed, so happy,” she wrote Thursday in a blog post titled “Best Birthday Present Ever.”

“Last week I was told by my oncologist that my cancer is in remission and I can go off chemo,” said the 84-year-old actor and activist.

Fonda went public with her diagnosis in September, saying she had already started chemotherapy for what she called a “very treatable cancer.”

“I’m particularly fortunate,” Fonda wrote, “because while my first 4 chemo treatments were pretty easy for me, just tired for a few days, the last chemo session was tough and lasted 2 weeks, making it difficult to accomplish much anything.”

She said the effects of the last lap were just wearing off as she drove to Washington, DC on Friday for the December 2 fire drill. The rally against climate change was the first live fire drill on Friday since the COVID-19 pandemic made protests virtual in early 2020.

Before that, Fonda managed to get arrested five times during protests in DC before they took her to LA in January 2020.

“Thank you to everyone who has prayed and sent me kind thoughts,” Fonda wrote Thursday. “I’m confident it played a part in the good news.”

https://www.latimes.com/entertainment-arts/story/2022-12-15/jane-fondas-cancer-is-in-remission-she-says-with-no-more-chemotherapy-neede Jane Fonda says her cancer is in remission: No more chemo

'Gimme Shelter': Why it's so hard for homeless people to get healthcare

Paramore returns, with a new sound and a healthy outlook