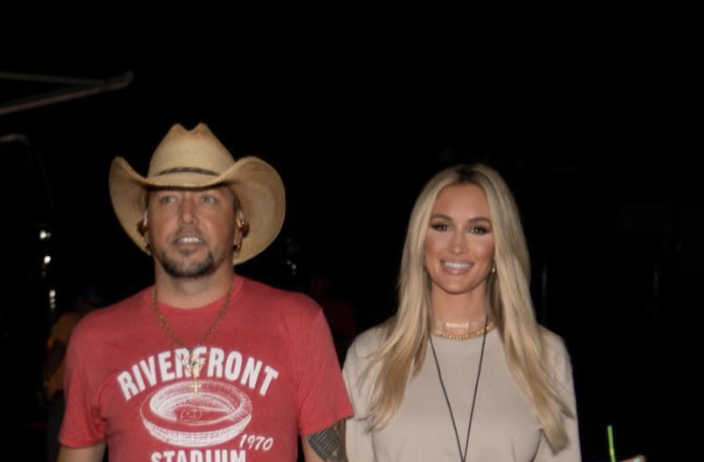 Jason Aldeans Wife Brittany Aldean explained that she received a lot of support in the face of criticism of her allegedly transphobic comments.

The controversy first started when Brittany made one post In it, she stated that she was pleased that her parents allowed her to remain the way she was growing up. This was because she went through a tomboy phase at one point.

While it was considered an innocent remark at the time, the star faced backlash from people in the music industry. Cassadee Pope and Maren Morris came out heavily to criticize their comments.

At the same time, Jason’s PR team resigned, possibly due to the recent controversy. And yet, despite all the backlash, Brittany admitted she’d had plenty of support.

In her comments she said: “So much support, so much support. Especially people who have children. People are entitled to their opinions, but that’s about it – we as conservatives have a very hard time having an opinion, especially in today’s society.

“It’s very, very sad, though [I’ve had] lots of support in Nashville and of course just friends and family.” Ultimately, Britney tried to justify her stance by saying she didn’t want children having to make such life-changing decisions.

And compared it to the decision to join the military or even to smoke. Fans on social media gave their support to Brittany. A certain subset of people felt that the backlash had gone too far as things had been overdone.

A person wrote: “It wasn’t transphobic. She simply said that parents label Kis too quickly now and that as a child she was a tomboy and did not identify as a boy. How about the mother raising her son aged 4 as a girl? This is child abuse.”

How Week 1's results will impact the College Football Playoff, according to the numbers