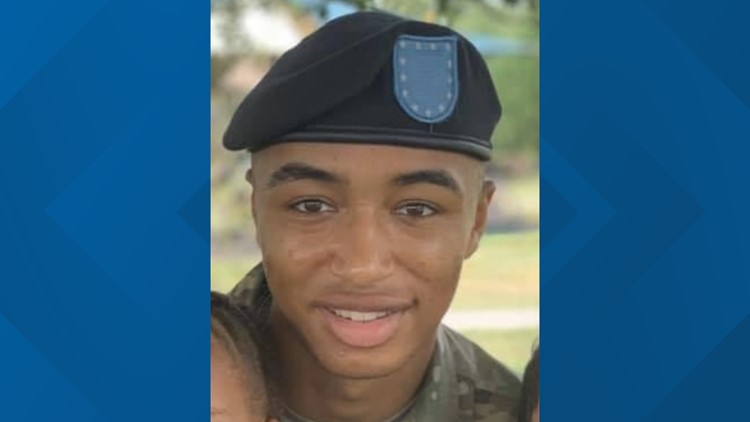 Specialist Xavier T. Chambers was swimming at JBLM during the heatwave at Shoreline Park on Saturday when he drowned.

JOINT BASE LEWIS-MCCHORD, Wash. — A soldier at Joint Base Lewis-McChord died Saturday of apparent drowning.

Chambers was assigned to the 593rd Expeditionary Sustainment Command.

In a statement released Monday, Lt. Col. Melinda Acuna, commander of the 53rd Transportation Battalion, said Chambers is a valuable member of the Tusker family and a promising soldier with “raw potential.”

“As a member of our team, Xavier was motivated and charismatic,” said Acuna. “His loss comes too soon; We will forever be grateful for the time and impact he had on our education.”

Chambers was at least the fourth person to drown during the heatwave in western Washington last weekend.

A 20-year-old man is missing and presumed dead after being swept away by currents in the Green River Gorge on Saturday.

A 4-year-old girl drowned at Silver Lake in Everett on Saturday.

In Lake Stevens, a 13-year-old boy died and a 12-year-old boy and 15-year-old girl were seriously injured after they were found unresponsive in the water at Davies Park on Sunday.

The National Weather Service issued a heat advisory for most of western Washington this weekend as the region experienced its hottest temperatures on record this year. Temperatures in Olympia soared into the upper 80s to mid-90s on Saturday and Sunday, according to the Weather Service.

In hot weather, cold water in lakes and rivers can be particularly dangerous for swimmers.