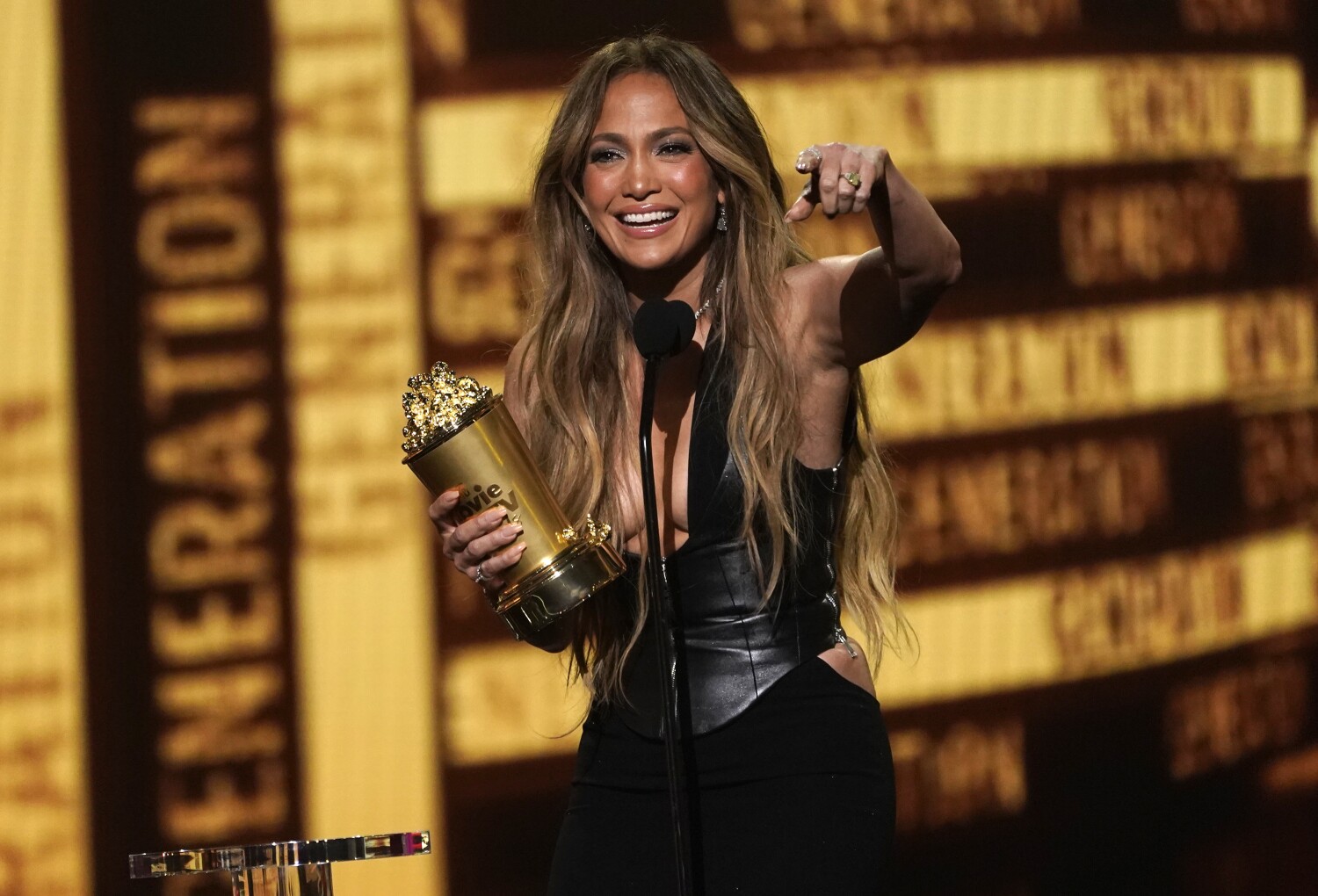 Jennifer Lopez went into full circle gratitude mode as she accepted the Generation Award on Sunday’s show at the MTV Movie & TV Awards.

The multi-hyphenated star – a globally acclaimed singer, actress, producer, dancer, designer and beauty mogul – also thanked those who lied to her and those who broke her heart. She said they all helped her grow into the superstar she has become.

The award honors beloved actors whose diverse contributions to film and television have made them household names, according to MTV. The “Love Don’t Cost a Thing” and “On the Floor” singer won the 2018 MTV Video Vanguard Award.

Grammy-nominated Jenny from the Block has come a long way, from her early days as a fly-girl dancer in ‘In Living Color’ to starring in the 1997 biopic ‘Selena’ and the popular rom-coms ‘Maid in Manhattan”, “The Wedding Planner” and more recently the films “Hustlers” and “Marry Me”. Her colorful resume also includes starring on NBC’s Shades of Blue, a stint as a judge on American Idol, and tabloid credit for her love life and iconic fashion choices.

Lopez elaborated on her films in her speech, saying, “You’re only as good as the people you work with, and if you’re lucky, they make you better. And in that respect I was very lucky. As an actor, I’m not one of the women I’ve played, but there’s a part of what’s deeply true to me in each of these characters.”

She also thanked her longtime “Ride or Die” manager Benny Medina for being the only person “who believed me from the start … and he never made me stop believing in myself.”

Lopez will next appear in the documentary Halftime, which chronicles her halftime performance at Super Bowl 2020 with Shakira. The film debuts at the Tribeca Film Festival on June 8th and begins streaming on Netflix on June 14th.

Naloxone helps prevent opioid deaths. Here's how to find and use it

What a gas stove ban means for Korean and Chinese cooks in L.A.

Valorant players prepare for first matches in front of fans at VCT Masters: “It’s been a very long time”

Column: Let’s take the ‘self’ out of ‘self-service’