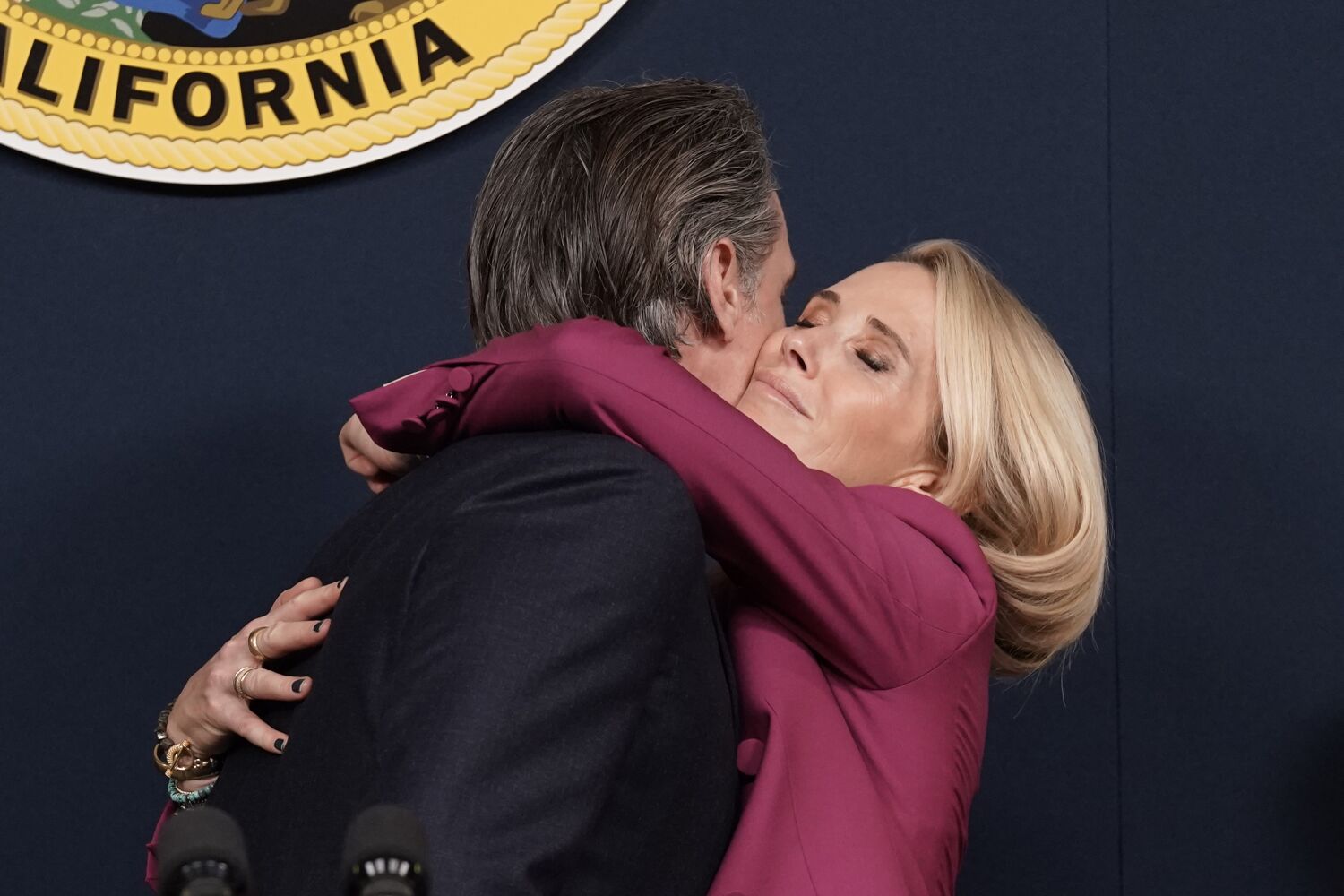 Jennifer Siebel Newsom didn’t have to testify against Harvey Weinstein. But on Monday she did – and reminded us that sexual assault carries a life sentence of its own for victims.

Siebel Newsom took the stand in the downtown Los Angeles courtroom where Weinstein was arraigned on multiple sex crimes just minutes before the lunch break. But in those few minutes, her pain and humiliation oozed from an open wound 17 years after it was inflicted.

When asked if she could identify Weinstein, she began to cry. Later in the day, heartbreaking in detail, explicit and profound in its ugliness, she described how Weinstein raped her in a Los Angeles hotel room in 2005. It was an encounter “like an out-of-body experience,” she said, that left her frozen and “trying to process what happened.”

For those of you who pull out your phones to email me that she’s acting, that she’s been in touch with her accused rapist, that she’s done this or that, proving that she’s willingly committed to her own victimization – please disregard it. I’ve heard it in literally every sexual assault case I’ve ever reported. In the many years I’ve done this, I’ve never come across a single case where someone wasn’t willing to argue, “She asked for it.”

No one asks to be raped and honestly I shouldn’t have to say that. But every victim who testifies in court is forced to relive their trauma and force the rest of us to pick apart their choices and motivations like carrion on a road — a sickening but predictable price to pay for justice.

This second attack began before Siebel Newsom raised her hand and vowed to tell the truth. In the early days of the trial, Weinstein’s attorney, Mark Werksman, described her as “just another chick who slept with Harvey Weinstein to get ahead in Hollywood.”

Werksman went on to describe that all of the women who testified against Weinstein “had to lie to themselves … to make what they were doing consensually at the time seem like it was forced on them.”

That makes Siebel Newsom’s testimony all the bolder and all the more relevant, not just for this trial, but for any woman who has been assaulted. Siebel Newsom could have avoided it, refused to enter this courthouse. The process would have gone on without her, and she could have remained a silent footnote in this Greek tragedy of hubris and corrupted power.

Instead, she faces not only Weinstein, but all of us.

As the wife of the governor of the nation’s largest and most contentious state, everything she witnesses becomes part of a very public legacy that will follow her and Newsom into future political campaigns, particularly as he seeks an ever-increasing national profile. Regardless of what else she has achieved or will achieve, there will be few stories about her that don’t mention this moment, whatever the end result may be. As a mother, one day her children will probably ask her what it all meant and what it didn’t mean.

She will never escape the truths she tells at this booth. And no matter how strong she is, it’s gonna hurt.

I’ve seen the strain that publicly telling a sexual assault story does to women who aren’t in the spotlight when the details are part of every Google search of your name. Imagine that, compounded by fame and every person you meet knowing intimate details of your worst moment.

There are, of course, many brave women who have spoken out against all odds to bring Weinstein to justice. And there are the journalists who have doggedly followed the story — including New York Times reporters Megan Twohey and Jodi Kantor, whose reporting helped spark the #MeToo movement and the film She Said.

But as the governor’s wife, Siebel Newsom has an unusual burden. In 2017, she wrote an essay for the Huffington Post alluding to the crimes she is now testifying about. In it, she wrote that we need more people in influential and prominent positions who are willing to speak out about sexual abuse.

“Imagine this world for our children,” she wrote. “Where there are enough of us standing proud and loud for what is right, so the injustices don’t happen in the first place.”

Siebel Newsom’s statement, which continues Tuesday, will not fix the world or end patriarchy. But by using her considerable clout to speak up, she brings us a tiny step closer to where “she asked for it” is somehow not a universal response to a rape allegation.

And when my kids ask what it means to see California’s first female partner testify about her rape, I’ll tell them that means no woman is safe.

But we are not helpless, and having the courage to speak the truth to those who abuse us is a powerful weapon—especially in the hands of a powerful woman.

What does it take to hold a suspect in custody?

USC owns L.A., but UCLA will own this year's rivalry game

‘The Young And The Restless’ Spoilers: Is This Who Trevor St. John Will Be Portraying In Genoa City?

A eulogy for Sheriff Alex Villanueva after his election loss