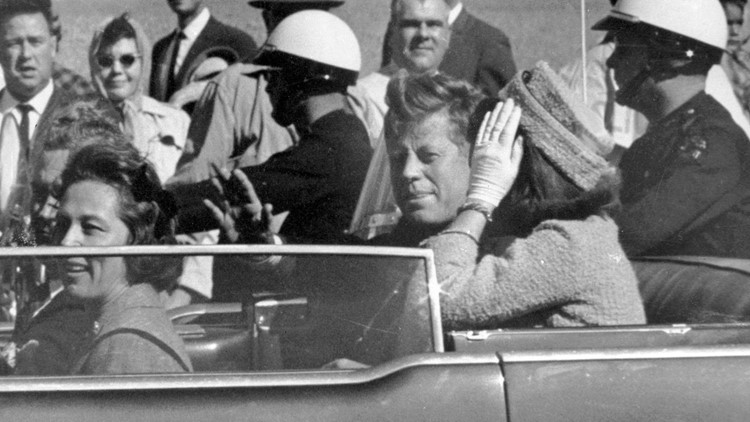 According to the White House, about 97 percent of the collection of documents about the Kennedy assassination are now publicly available after their release on Thursday.

WASHINGTON — The National Archives on Thursday posted 12,879 documents with newly revealed information related to the U.S. government investigation into the 1963 assassination of President John F. Kennedy.

The move comes nearly six decades after Kennedy was shot dead in Dallas.

Earlier in the day, President Biden ordered the release of the documents by a Thursday deadline and followed a federal law calling for the government to release records in its possession related to the Kennedy assassination.

“At my direction, the agencies made an exhaustive effort to review all of the nearly 16,000 previously published records in redacted form and determined that more than 70 percent of that may now be fully disclosed,” Biden’s order stated Thursday. “This important disclosure reflects my Administration’s commitment to transparency and will provide the American public with greater insight and understanding into the Government’s investigation into this tragic event in American history. Ky.”

A year ago, nearly 1,500 additional documents were released at Biden’s behest.

There is no immediate indication that the files released Thursday contain new revelations that could radically reshape the public’s understanding of the events surrounding Kennedy’s assassination on June 5. November 22, 1963 at the hands of gunman Lee Harvey Oswald.

White House press secretary Karine Jean-Pierre said that 97% of the document collection on the Kennedy assassination is now available after Thursday’s release.

Under the President John F. Kennedy Assassination Records Collection Act of 1992, all documents relating to the assassination must be released within 25 years, unless the president believes doing so would cause harm to intelligence, law enforcement, military operations or foreign relations.

In blocking the release of hundreds of records in 2017 over concerns from the FBI and CIA, President Donald Trump cited “potentially irreversible harm.” Even so, about 2,800 other records were revealed at the time.

The Warren Commission in 1964 concluded that Oswald was the lone gunman, and another congressional investigation in 1979 found no evidence to support the hypothesis that the CIA was involved. But other explanations still exist.

Virginia governor asks for probe into hiring of 'catfishing' cop

3 Bellevue elementary schools could be consolidated. Here’s why