Facebook Twitter LinkedIn Tumblr Pinterest Reddit
LAUSANNE, Switzerland — Jim Thorpe was reinstated as the sole winner of the 1912 Stockholm Olympic pentathlon and decathlon — nearly 110 years after he was stripped of those gold medals for violating the strict amateur rules of the time.

The International Olympic Committee announced the change on Friday to mark the 110th anniversary of Thorpe winning the decathlon and later being proclaimed the “world’s greatest athlete” by King Gustav V of Sweden.

Thorpe, a Native American, returned to a confetti parade in New York, but months later it was discovered that he had been paid to play minor league baseball for two summers, a violation of Olympic rules for amateurs was. He was stripped of his gold medals in what has been described as the first major international sports scandal.

For some, Thorpe remains the greatest all-around athlete of all time. In 1950, he was voted Athlete of the Half Century in an Associated Press poll. 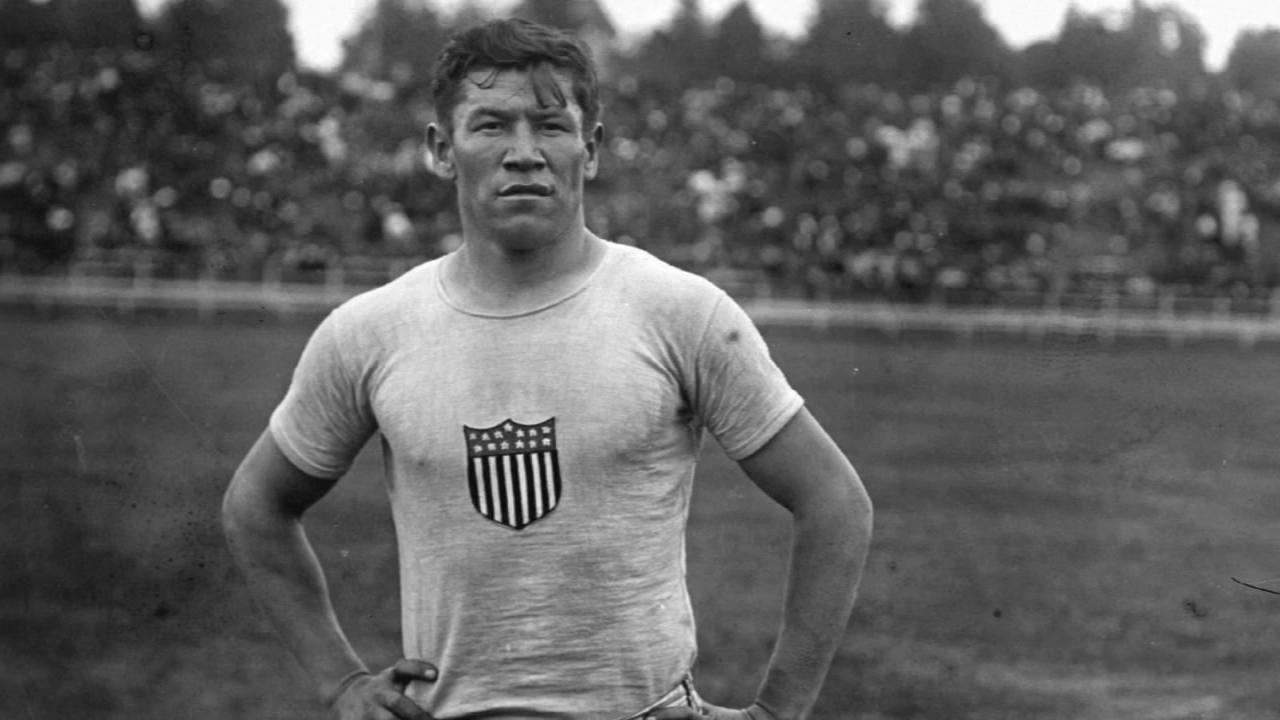 In 1982 – 29 years after Thorpe’s death – the IOC awarded his family double gold medals, but his Olympic records were not restored, nor was his status as the sole gold medalist of the two events.

Two years ago a Bright Path Strong petition advocated declaring Thorpe overall champion of the 1912 pentathlon and decathlon. The IOC listed him as co-champion in the official record book.

“We welcome that a solution could be found thanks to the great commitment of Bright Path Strong,” said IOC President Thomas Bach. “This is an extremely extraordinary and unique situation that has been addressed with an extraordinary gesture of fair play by the National Olympic Committees concerned.”

Thorpe’s Native American name, Wa-Tho-Huk, means ‘bright path’. The organization, with the help of IOC member Anita DeFrantz, had contacted the Swedish Olympic Committee and the family of Hugo Wieslander, who had been elevated to the 1913 decathlon gold medalist.

“They confirmed that Wieslander himself had never accepted the Olympic gold medal he was allotted and always believed that Jim Thorpe was the only legitimate Olympic gold medalist,” the IOC said, adding that the Swedish Olympic Committee agreed.

“The same statement was received from the Norwegian Olympic and Paralympic Committee and the sports federation whose athlete Ferdinand Bie was named gold medalist when Thorpe was stripped of the pentathlon title,” the IOC said.

Bie is listed as a silver medalist in the pentathlon and Wieslander with silver in the decathlon.

World Athletics, the governing body of athletics, has also agreed to change its records, the IOC said.

Bright Path Strong commended the IOC for “setting the record regarding the athlete from Sac and Fox and Potawatomi”.

“We are so grateful that this nearly 110-year-old injustice has finally been righted, and there is no confusion about the most remarkable athlete in history,” said Nedra Darling, organization co-founder and citizen of the Prairie Band Potawatomi Nation.

At the World Championships in Eugene, Oregon, Native American hammer thrower Janee’ Kassanavoid said the announcement was news to celebrate.

“My ultimate goal is to follow in his footsteps, to inspire and empower the next generation of athletes,” she said.

As the first Native American to win an Olympic gold medal for the United States, “Thorpe has inspired our people for generations,” said Fawn Sharp, president of the National Congress of American Indians.

In Stockholm, Thorpe tripled the score of his closest competitor in the pentathlon and had 688 points more than the runner-up in the decathlon.

During the closing ceremony, King Gustav V said to Thorpe, “Sir, you are the greatest athlete in the world.”

Washington Senate race a test of abortion issue for Democrats