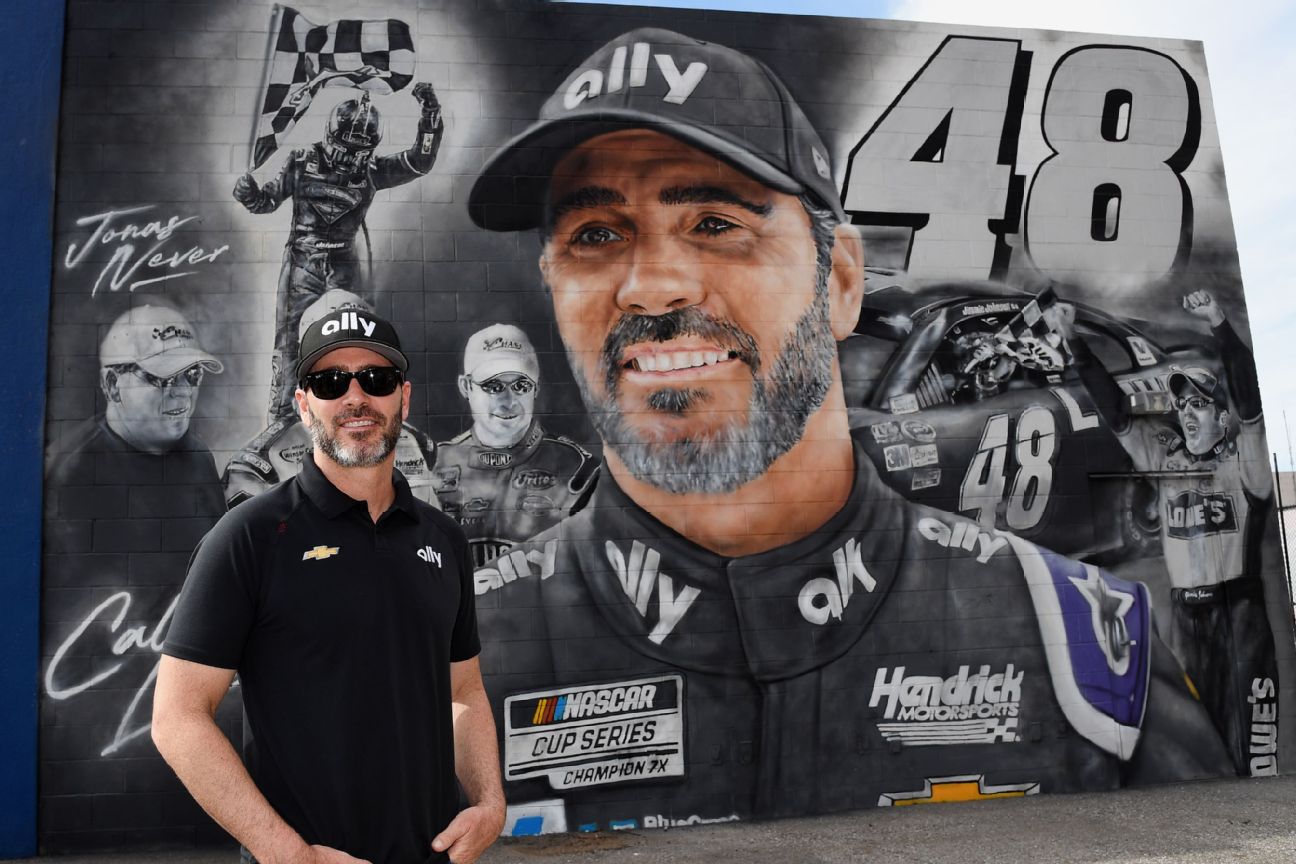 The seven-time NASCAR Champion returns to the series in 2023 as a partner in Petty GMS, which has made him a global motorsport star. He will also take part in about five cup races.

Johnson announced that his first race will be the season-opening Daytona 500, where he is a two-time winner.

“I keep a close eye on ownership and what’s happening at NASCAR and the opportunity that I have here, the business structure and the NASCAR-chartered model is just so different than anything else in motorsport,” Johnson told The Associated Press . “I want to be a part of it. We’ve certainly seen Michael Jordan join, what the Trackhouse Racing folks have done, and there are all these rumors about people wanting to get into the sport.

“I’m honored and grateful to be part of it.”

His license plate number and sponsors — and maybe even Petty GMS’ current name — are still a work in progress for Johnson, who turned 47 in September.

His wish list includes the Coca-Cola 600, a race he has won four times, and he would love to see NASCAR qualify him for the 2023 All-Star race at North Wilkesboro Speedway in North Carolina.

Johnson also said he still wants to do “The Double” of the Indianapolis 500 and the Coke 600 on the same day, but he’s on hold while Chip Ganassi shapes the organization that Johnson left after two seasons. But even if an Indy 500 ride comes about, the All-Star race would conflict with Indy 500 qualification. And he’s now a part owner of a Chevrolet team, which would theoretically prevent him from racing with Ganassi, a Honda team.

Johnson made his Indy 500 debut in May, and while he proved decent on the IndyCar ovals — he skipped them his first season — the road and street courses were a struggle, and he admitted, at the end of the entire season to be burned out. He said he would be stepping down from racing full-time and has a bucket list of about 10 events in mind, most likely including the 24 Hours of Le Mans as a NASCAR representative.

Coming to that decision to step down in late September, Johnson insisted he had no idea what to do next.

It was about six weeks before Johnson returned to NASCAR through talks initiated by the management company shared by Johnson and Erik Jones, the Petty GMS driver he just inherited.

Johnson said he was not in discussions with Hendrick Motorsports about ownership opportunities when the GMS deal came out of the blue. He told the AP he informed Rick Hendrick and Jeff Gordon of his plans. Johnson drove for Hendrick for 20 years and won 83 Cup races in the #48 Chevrolet.

“This is a great day for our sport. Jimmie is one of the greatest champions of all time on the circuit and I know he will apply the same mentality to his role as team owner,” Hendrick said in a statement. “…Seeing Jimmie in a fire suit with his name on the roof of a Chevrolet at the Daytona 500 will be very special for a lot of people. Competing against him will certainly be a change and a big challenge, but we welcome his return to NASCAR and look forward to the next chapter of a truly remarkable career.”

Johnson’s seven championships tie him to Richard Petty and the late Dale Earnhardt, both Hall of Famers. He made his announcement with GMS founder Maury Gallagher Friday at Phoenix Raceway, where he is retiring from NASCAR following the 2020 season finale. The Hendrick Motorsports torch was passed that day as Chase Elliott won the Cup title – Johnson finished fifth, best of the non-title contenders – and Johnson began chasing his IndyCar dream. He hadn’t been to a NASCAR race since that 2020 finale.

Now he wants to get back in there and have a bigger part in the action. He gets it with Petty GMS, a budding two-car team funded by Allegiant Air chairman Gallagher and led by Petty.

Jones gave ‘The King’ his 200th win in the famous No. 43 car in September and before that deal was finalized the team had already decided to trade Ty Dillon for Noah Gragson next season.

The speed at which the deal closed was astounding for both Gallagher and Johnson, and Gallagher told the AP that like Brad Keselowski at RFK Racing, Johnson financially bought his stake in the team and will not be a figurehead.

“Jimmie is just a great guy and at my age I value relationships more than anything,” Gallagher told the AP. “I’m more of a background person. I want Jimmie and Richard to be the faces of the organization, help with the economy and operations is just a huge bonus.”

GMS evolved in about a decade from a truck series team to a first-year cup organization acquiring Richard Petty Motorsports and its 85-year-old Hall of Famer namesake. Although Jones was competitive and won at Darlington, he did not qualify for the playoffs and Gallagher said GMS was overshadowed by Justin Marks, who in his second season as Trackhouse Racing owner has Ross Chastain in Sunday’s championship race.