On September 30, 2020, Chrissy Teigen shares black and white snapshots since the day she lost her baby. The photos show Teigen in tears at the hospital and giving an intimate look as she looks at mother and husband John Legend holding their son after he was born. 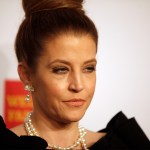 The legend unfolded in a recent interview with Guardians about Teigen’s decision to make those photos public – and the backlash they received.

“It was a rough version, sharing our experience,” Legend recalls. “I was very nervous but our instinct was to do it because people knew we were pregnant and Chrissy felt she needed to tell the whole story of what happened.”

The photos have touched many parents with similar heartbreaking experiences. “I was amazed at the love and support we felt,” he said. “Also, we know how many other families have been through this. It’s a powerful and brave thing Chrissy did to share it because it makes so many people feel like they’re seen and they’re not alone.”

Teigen shared about the loss of his son in a candid post alongside those photos. She explained that she was unable to stop the bleeding and give their child the fluids they needed, despite having multiple transfusion bags. She then took to Medium to address any backlash or questions she had for sharing those photos.

She wrote: “I asked Mom and John to take pictures, no matter how uncomfortable it was. “I explained to a very hesitant John that I needed them, and I did NOT want to have to ask. That he just had to do it. He hates it. I can speak. It made no sense to him at the time. But I know I need to know about this moment forever, the same way I need to remember us kissing at the end of the aisle, the same way I need to remember our tears of joy after Luna and Miles. And I totally knew I needed to share this story.”

Laundries say silence is 'what most people would do'