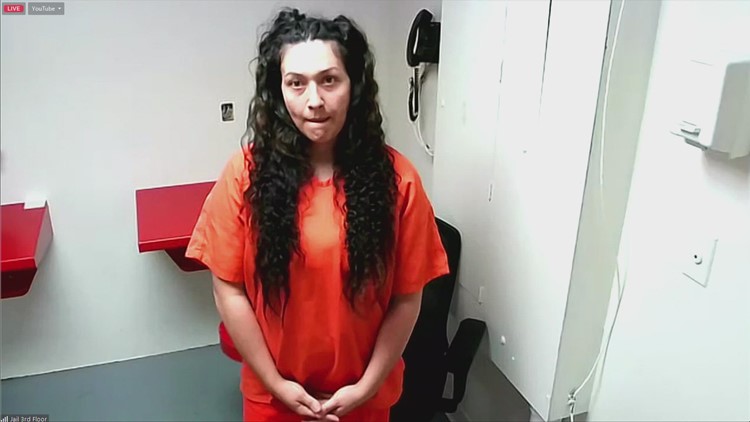 Jordan Bowers is accused of stealing more than $45,000 with fraudulent credit cards.

MONTESANO, Wash. — The mother of a missing girl in Grays Harbor County appeared before a judge Tuesday on charges unrelated to her daughter’s disappearance.

Jordan Bowers was released on $25,000 bail for four counts of ID theft.

Her daughter, Oakley Carlson, has been missing for over a year.

She had just turned five years old when detectives opened the missing person case in December 2021.

Both her father and mother were charged and convicted of child endangerment for crimes involving their other children.

Investigators said evidence for those allegations came while police were searching for Oakley Carlson.

Several pieces of evidence for the new charges were discovered at roughly the same time, according to court documents released Tuesday.

Three of the tags were found clogging a toilet in the hotel room Bowers was staying in when police first began searching Oakley in late 2021.

Bowers allegedly spent more than $40,000 on cards, using the money to shop at Walmart and eBay and receive cash for casino gambling.

Bowers is expected to post bail and be released from Grays Harbor County Jail on Tuesday night.

That concerns Shayna Richard, co-founder of the Light the Way Foundation.

Richard helped set up a fund to raise funds for the Oakley case. Richard says the reward is now over $85,000.

She wants to see Bowers still in custody.

“We were worried that she would have the ability to move evidence, talk to people, possibly threaten people who might have some information,” Richard said.

Best vibrators 2023: The good, the great, and the orgasmic

What Does Ukraine Need to Win?