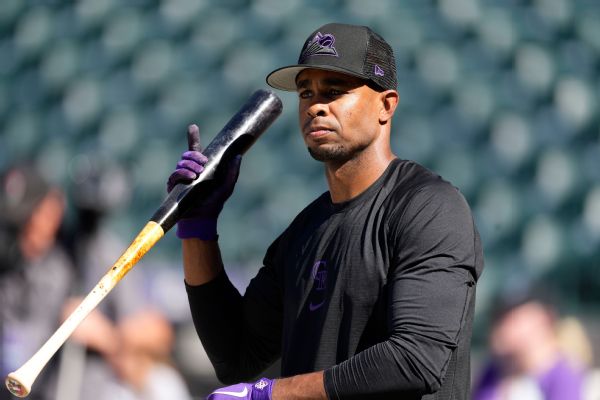 DENVER — Wynton Bernard is getting his chance to play in the major leagues a decade after being drafted by the San Diego Padres.

The Colorado Rockies picked Bernard’s contract from Triple-A Albuquerque on Friday. He was picked seventh, playing midfield in the opener of a three-game series against the Arizona Diamondbacks.

Picked in the 35th round of the 2012 draft, Bernard, 31, spent three seasons in the Padres’ minor-league system. He also played in the minors for Detroit, San Francisco and the Chicago Cubs, along with stints in the Mexico Winter League, Venezuela Winter League and Independent Ball.

And he played for the Brisbane Bandits of the Australian Baseball League.

Colorado manager Bud Black visited Bernard and outfielder Connor Joe in the winter of 2020. He offered both players batting practice and encouraged the Rockies to sign them.

“I’ve recommended to our front office to see if we can sign these guys,” Black said. “Our front office contacted their agents and they closed deals.”

Joe made his Rockies debut in 2021 while Bernard has played for the Isotopes for the past two seasons. He hit .254 with seven homers in 2021. This year his numbers are outstanding: .325 with 17 home runs, 24 doubles and 26 stolen bases.

Bernard was told he was promoted before Albuquerque’s game on Thursday. He celebrated with teammates and shared the news with his mother on a video call.

“My mother’s feelings made me break down even more. She’s done so much,” he said. “The way I saw her taking care of my father before he died he was bedridden but she stayed by his side. I said to myself, ‘I know how hard she worked, so I’m going to work just as hard – if not harder.’ Just seeing her reaction meant a lot.”

Review: Lina González-Granados makes a splash in her Bowl debut