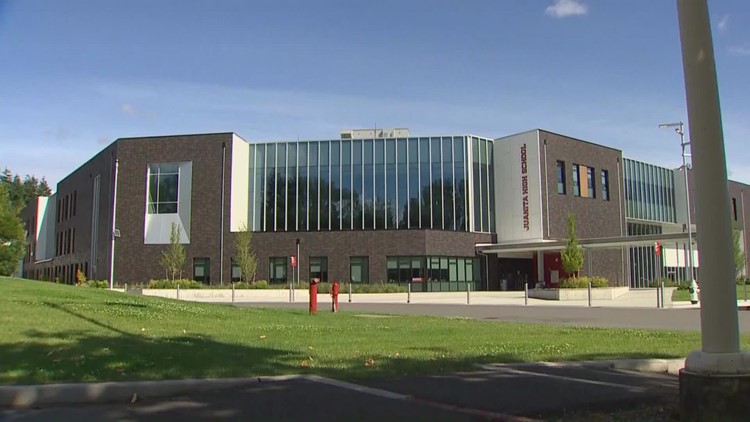 Bail was increased to $200,000 for Salomon Bernardo Levin “based on the likelihood that the defendant will commit an act of violence.”

KIRKLAND, Wash. — An 18-year-old student at Juanita High School in Kirkland was charged on Tuesday with two counts of molestation after prosecutors claimed he made a threatening post on Instagram over the weekend.

Bail was also increased to $200,000 for Salomon Bernardo Levin “based on the likelihood that the defendant will commit an act of violence,” prosecutors wrote in indictment documents.

“Based on the defendant’s statements to students and law enforcement, it is apparent that he poses an extreme risk to the named victims, other students, school officials and the general public,” prosecutors wrote.

On Sunday, June 12, a student reported that Levin posted comments on Instagram and made direct threats through Instagram’s direct messaging system, according to indictment documents.

Levin posted an Instagram story related to the school shooting in Uvalde, Texas. Shortly after Levin posted the message, NORCOM Dispatch received 55 calls about concerns or fears in the mail and direct messages, according to charges documents.

An officer spoke to four students who attend Juanita High School or Lake Washington High School, who exchanged messages with Levin shortly after the first post. All four told the officer that the mail and direct messages made them feel unsafe or anxious.

Levin’s father agreed to take his son to the police station. When Levin arrived, he told police he had been bullied and that people had tried “to damage his ‘reputation and great popularity,'” according to the indictment documents. He also said he’s had “enough” and published the story with the intention of scaring people “to be nice to him and shut them up.”

Levin confirmed that the items belonged to him.

Levin was sent to Kirkland Prison.

His next court date is scheduled for June 27.

Industria Review - A Not So Well-Oiled Machine

The Rise and Fall of Boris Johnson