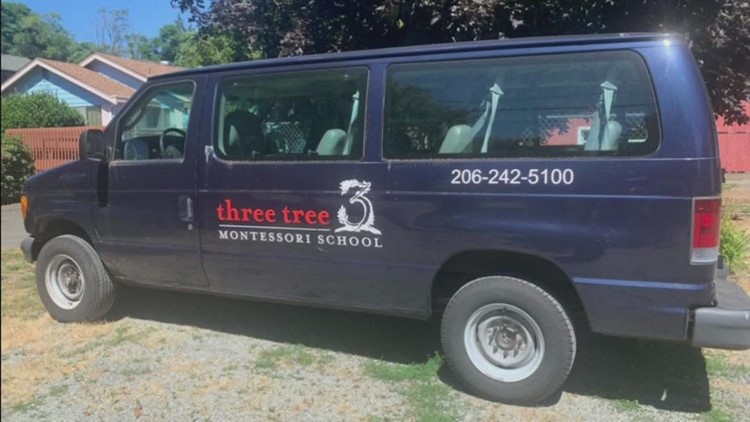 BURIEN, Wash. – A Montessori school in Burien has had a van stolen not once but twice in just three weeks.

School staff deal with the thefts ahead of the first day of school, which is just days away.

This is the question that Stifter and her staff at the Three Tree Montessori School in Burien asked themselves after one of the school’s delivery vans was stolen on Monday.

“I couldn’t believe my eyes, I thought I was imagining things that the van wasn’t there,” said Stifter. “So I parked my car and went inside and looked around the rest of the property to see if maybe someone moved it, and they haven’t.”

This isn’t the first time a van has been stolen from the school. On August 15, the school’s other pickup truck was stolen and later found wrecked on Federal Way.

“The value of the van itself is approximately $9,000. Vehicles are very expensive to buy right now, so we’re looking for tens of thousands of dollars to replace these vans,” Stifter said.

She said the school has no plans to buy new vans at the moment and said she was heartbroken for her students, who would be returning to classes on Wednesday.

“The program uses these vans a lot, they go into the community to do research projects for the classrooms, they go out to do community service for the community, so we don’t have to do that anymore,” Stifter said.

Stifter believes the school’s logo on the van was likely removed.

The King County Sheriff’s Office is investigating and said if you see the van you will be asked not to approach it and call the police.

“Just return the van. It’s really impacting a large part of the community, not just our school, but the impact our students can have on the community,” Stifter said.