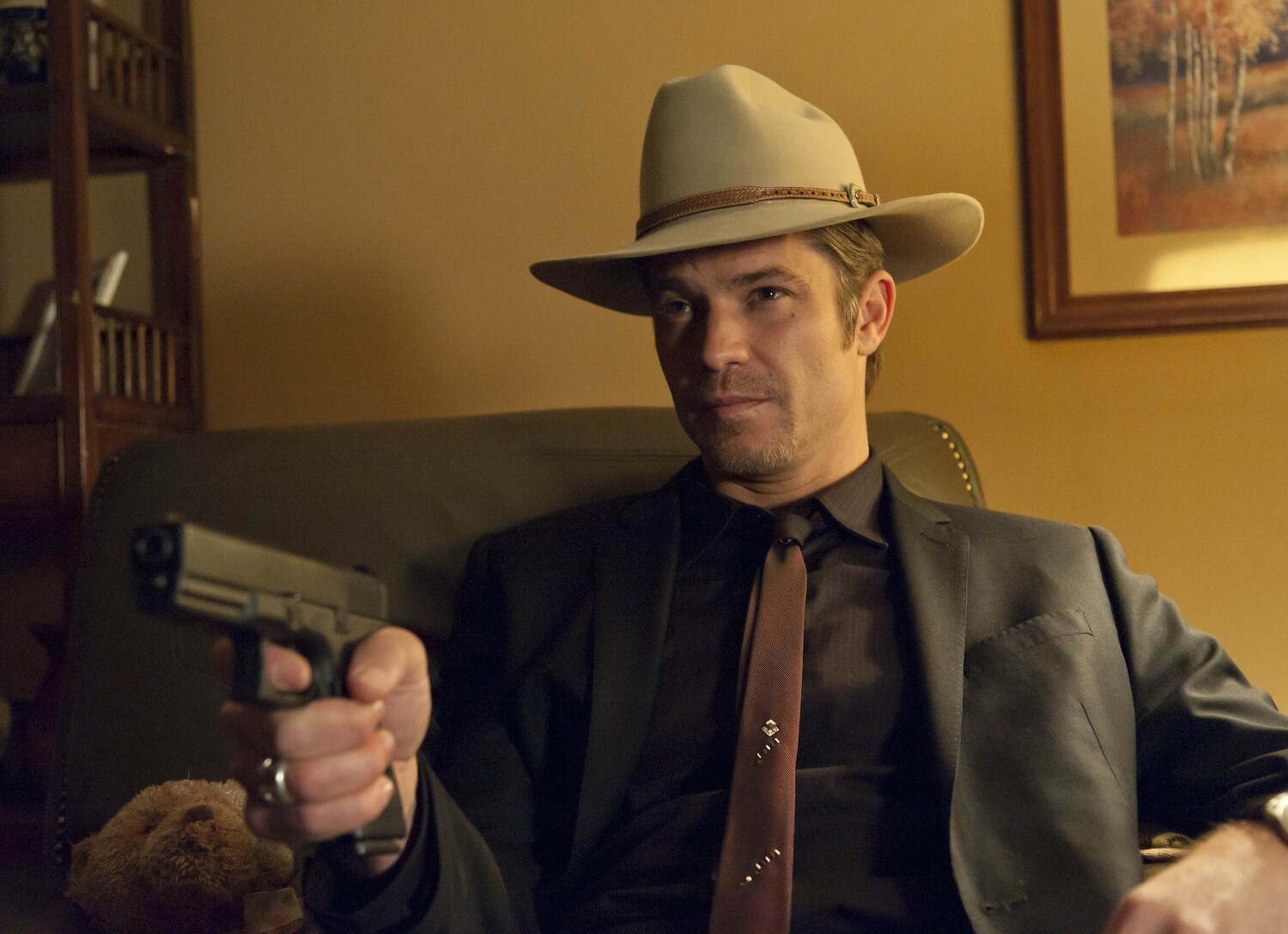 The cast and crew of FX’s Justified revival suffered another scare this week when an unidentified person ignited an object and threw it onto the set of the TV show, which was being filmed in Chicago’s South Loop. The object did not explode and no one from the production was injured, according to the Chicago Police Department.

The incident, which took place around 10 p.m. Central Monday night, came about three weeks after two drivers involved in a shootout crashed through barricades near Chicago’s Douglass Park during filming of “Justified: City Primeval.” None of the cast and crew members – who ducked for cover as gunmen drove onto the set – were hurt during the violent encounter.

According to local authorities, investigators are still investigating what happened Monday night. As of Wednesday morning, no one had been arrested or arrested.

After last month’s hiatus in the shooting, FX halted production on Justified: City Primeval for several days, and Sony Pictures TV stepped up security on set, according to The Hollywood Reporter.

“We took a break and made sure everyone was okay,” FX chairman John Landgraf said last week. “It was quite a traumatic experience for the cast and crew to even be close to that kind of gunfire.”

Justified: City Primeval is a spin-off of the crime drama Justified, which ran for six seasons on FX from 2010 to 2015. Based on Elmore Leonard’s book City Primeval: High Noon in Detroit, the sequel will star Timothy as Olyphant, reprising his starring role as Deputy US Marshal Raylan Givens.

A premiere date for the first season of Justified: City Primeval has not been announced.

https://www.latimes.com/entertainment-arts/tv/story/2022-08-10/justified-city-primeval-chicago-south-loop-incendiary-device-gunfight ‘Justified’ set gets another scare just weeks after gunfight

A fifth of US teens use YouTube 'almost constantly,' with TikTok not far behind

Calboy Surrenders to Police After Allegedly Breaking a Man’s Leg

Dwight From Atlanta Housewives Gets Nose Reconstructed … Now He Can Breathe Again!! (Look)