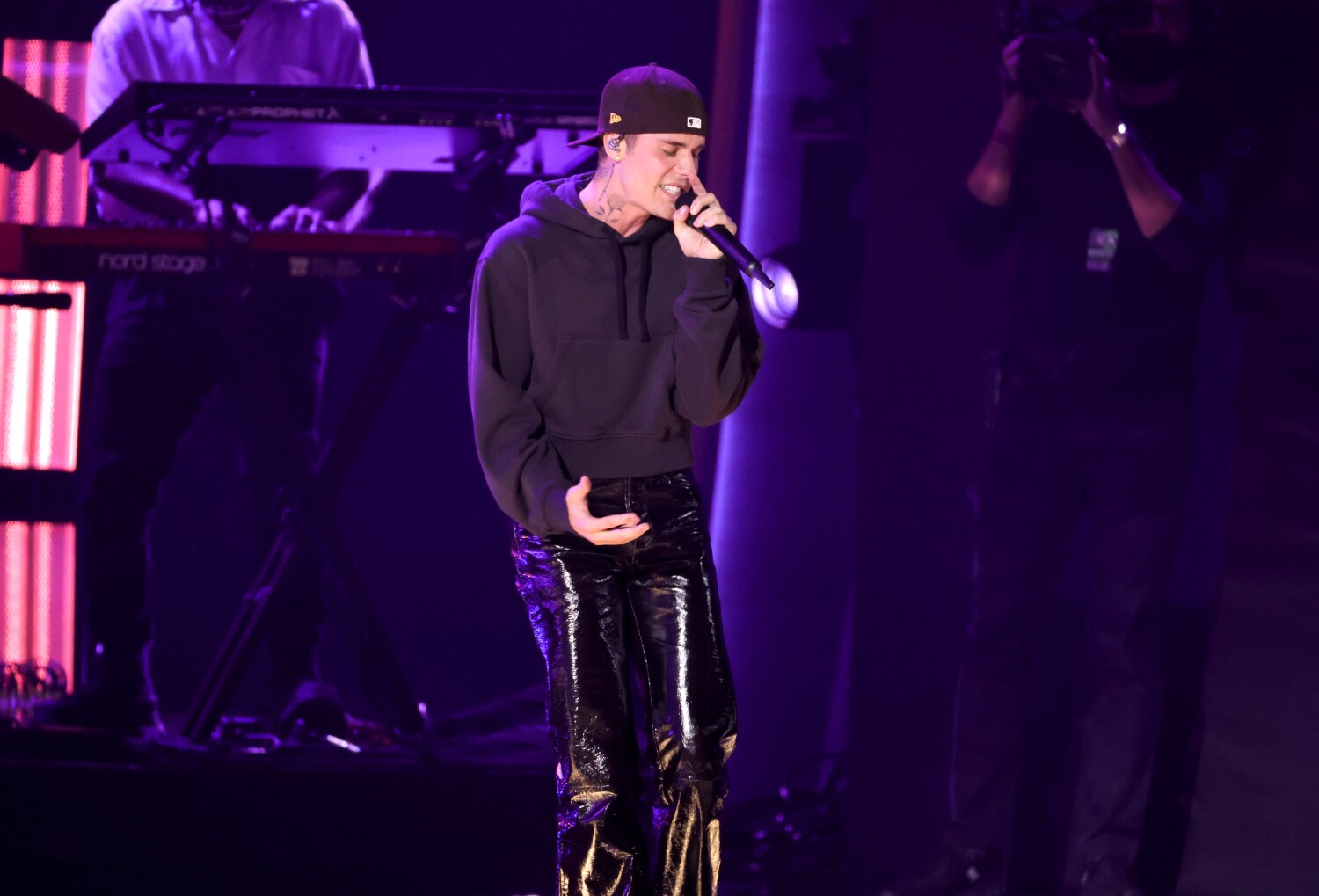 Justin Bieber will resume his “Justice” world tour on July 31 after contracting a virus that has partially paralyzed his face, a rep for the singer told Variety on Tuesday.

According to his website, the “Ghost” hitmaker will return to the stage at the Summer Music Festival in Lucca, Italy before traveling to Denmark, Sweden, Norway and other locations in Europe, South America, Asia, Africa and Australia. There are currently no North American tour dates listed in the itinerary.

Team Bieber did not immediately respond to The Times’ request for confirmation Tuesday.

Last month, the Grammy winner postponed his remaining North American tour dates after developing Ramsay Hunt syndrome — defined by the Mayo Clinic as an outbreak of shingles that occurs in people who have had chickenpox and the nerve is near one Affecting the ear, leading to unilateral paralysis and hearing loss.

“I wanted to update you guys on what’s going on,” Bieber said in an Instagram video posted in June.

“As you can see from my face, I have this syndrome called Ramsay Hunt Syndrome… This eye doesn’t blink. I can’t smile on this side of my face. This nostril doesn’t move. … So there’s complete paralysis on that side of my face.”

Addressing fans who were “frustrated” by the canceled shows, the “Justice” artist explained he was “just physical, obviously not up to the task” and misinterpreted the illness as his body dying told him to “slow down”.

“I love you guys. Thanks for being patient with me,” he added. “It’s going to be alright and I have hope. I trust God and I trust there’s a reason for this and I’m not sure what this is now, but in the meantime I’m going to rest and I love you guys.