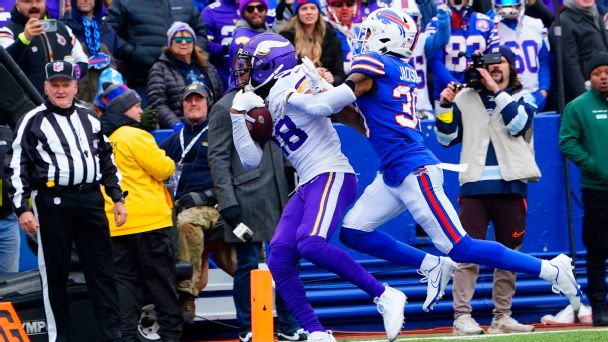 The Vikings had a 6% chance of winning the game when Jefferson made the catch, one of 10 for 193 yards that day.

The young man is a terminator

Minnesota eventually gave up the ball at the goal line on Downs to end the drive. But the Bills fumbled on their first game of the next series, and the Vikings recovered for a touchdown and the lead.

LeBron James, Odell Beckham Jr. and Draymond Green were some of the stars watching as the Vikings won 33-30 in overtime and improved to 8-1 this season.

By far the game of the year that was!! WOW WOW WOW

😱😱😱😱 the end of this Buffalo/Minn game is insane!!