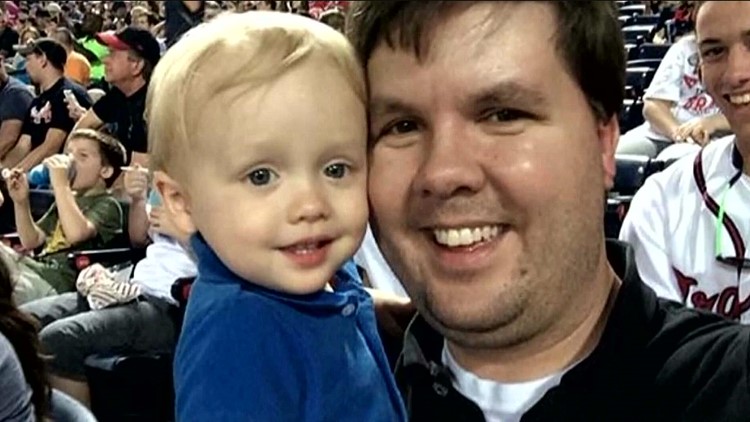 Justin Ross Harris’s murder and other felony convictions are related to the death of his infant son, Cooper.

COBB COUNTY, Georgia — The Georgia Supreme Court has overturned a conviction in a 2014 high-profile car death.

Justin Ross Harris’ conviction for murder and other crimes related to the death of his young son Cooper was overturned because the jury “heard and saw an extensive body of improperly admitted evidence.”

The parts of his conviction relating to sex crimes against a 16-year-old girl – used as evidence against him in court to support the murder charge – have been upheld and he will remain in prison.

However, the Georgia Supreme Court ruled that the evidence supporting the sex crimes convictions was not relevant to the murder charge and should not have been presented in the same trial.

Cooper, who was 22 months old at the time of his death, died of hyperthermia on June 18, 2014 after Harris left him strapped into a rear-facing car seat in his SUV. It was parked in front of his office building.

His trial was moved to Glynn County, where a jury found him guilty on all charges in November 2016. He was sentenced to life imprisonment without parole.

Harris was also charged with three sex crimes against a 16-year-old girl, allegedly committed between March and June 2014. He was sentenced to 12 years for it – the Supreme Court did not overturn the convictions in the matter.

RELATED: ‘Fatal Distraction’: The documentary by Ross Harris claims an untold story about a convicted father

The Supreme Court said the basic facts of the murder case in Cooper’s death were “undisputed” — it was Harris’ fault — but the problem in the trial was “what went through Harris’ mind as he exited the vehicle and walked into it that morning.” work went.”

“The theory of the state was that complainant [Harris] willfully and maliciously abandoned his child to die a slow and painful death in the summer heat so that the applicant could pursue his dream of freely pursuing his sexual relationships with women he had met online. The defense theory was that the complainant was a loving father who had never abused Cooper and simply but tragically forgot that he had not given up the child that particular morning. Substantial evidence supporting both theories was presented during the applicant’s trial,” Chief Justice Nahmias wrote. “But the state also presented a substantial body of evidence to lead the jury to answer another and more legally problematic question: what kind of man is the complainant?”

RELATED: Ross Harris’ Ex-Wife: “For those of you who want to know if I’m okay…”

The majority opinion of the Supreme Court is that there is no relevant connection between the evidence that Harris was a bad person and whether he intentionally murdered his son.

The court found that “a large body of evidence of … sexual activity was of minimal probative value as to his alleged motive (to kill Cooper) and was unnecessarily cumulative or highly conclusive.”

Aside from a few notices that have been presented in court since the day Cooper died that “offered an insight into Harris’ activities and mental state just before Cooper was left in the SUV and while the child was dying,” most did other evidence presented in court does not speak directly to Harris’ possible motivation for killing his son as much as it demonstrates his ‘vile character’.”

“[T]The State has convincingly shown that the applicant was a womanizer, a pervert and even a sexual predator,” Chief Justice Nahmias wrote in the opinion. “This evidence did little or nothing to answer the key question of the complainant’s intent in leaving Cooper, but it likely led the jury to conclude that the complainant was the kind of man who would relate to others morally.” would engage in repugnant behavior (like leaving his child dying in agony in a hot car) and who deserved punishment, even though the jury was not positively convinced that he killed Cooper intentionally.”

RELATED: What’s a day in the life of Ross Harris like right now?

The evidence, the court said, that Harris may have had a “sex-crazed double life” was “not relevant to establishing his motive for killing Cooper.”

The evidence supporting this claim — that Harris intentionally left Cooper for dead — was “far from overwhelming.”

The court found that the trial court “abused its discretion” by failing to separate the murder case from the case involving sexual communication with a minor.

“We cannot say that there is a high probability that the falsely admitted sexual evidence did not contribute to the jury’s guilty verdict,” the report concludes.

In a statement to 11Alive, the Cobb County District Attorney’s Office said they intend to file a request for a reconsideration of the case.

This is an evolving story. Check back often for new information.

Also, download the 11Alive News app and sign up to receive notifications of the latest on this story and other breaking news in Atlanta and North Georgia.

Ms. Marvel Episode 3: Who are the Jinn and Clandestine?

Update As Deshaun Watson Suspended 11 Games By NFL, Betting On Yourself Is More Egregious Than Assault… Supposedly

TIME names Portland one of ‘Greatest Places in the World’