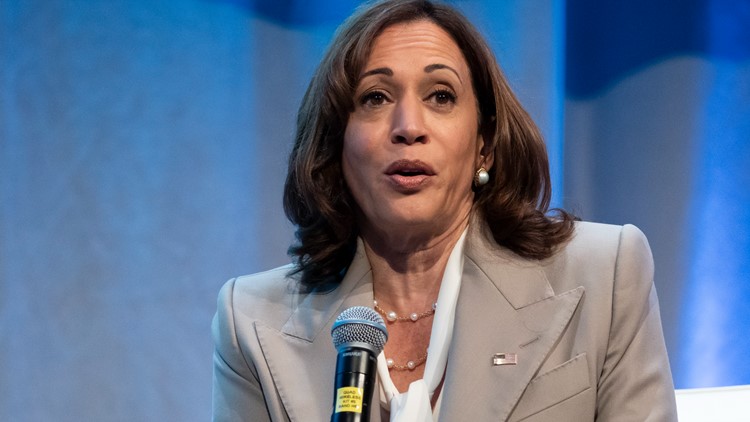 The competitive grants will help communities prepare for and respond to climate-related disasters.

Vice President Kamala Harris will announce the grant programs Monday at an event in Miami with the head of the Federal Emergency Management Agency and other officials. The competitive grants will help communities across the country prepare for and respond to climate-related disasters.

“We know the impact of the climate crisis is here and that we must invest in building resilience to protect our communities, infrastructure and economy,” the White House said in a statement.

The announcement comes as the death toll from massive flooding in Kentucky on Sunday continued to mount amid renewed threats of heavier rains. To the west, wildfires in California and Montana erupted amid windy, hot conditions, encroaching on neighborhoods and forcing evacuation orders.

Several western states continued their heat warnings amid a prolonged drought that has dried up reservoirs and threatened communities across the region.

Harris will visit the National Hurricane Center for a briefing from the National Oceanic and Atmospheric Administration and FEMA. She will also attend Florida International University, where she is expected to study extreme weather events across the country, including the Kentucky and Missouri floods and the California wildfires.

President Joe Biden announced last month that the administration will spend $2.3 billion to help communities cope with rising temperatures through programs administered by FEMA, the Department of Health and Human Services and other agencies . The move doubles spending on the BRIC Building Resilient Infrastructure and Communities program, which supports states, local communities, tribes and territories on projects to reduce climate-related hazards and prepare for natural disasters like floods and wildfires.

“Communities across our country are witnessing firsthand the devastating effects of climate change and the associated extreme weather events that follow – stronger hurricanes with deadlier storm surges, increased flooding and a wildfire season that has become a year-long threat,” said Principal Deanne Criswell.

The funding, announced Monday, will “help ensure our most vulnerable communities are not left behind, with hundreds of millions of dollars ultimately going directly to the communities that need it most,” Criswell said.

A total of $1 billion will be made available through the BRIC program, with an additional $160 million to be offered for flood mitigation assistance, officials said.

Jacksonville, Florida, was among the cities that received funds under the BRIC program last year. The city received $23 million for flood control and stormwater infrastructure. Jacksonville, Florida’s largest city, sits in a humid, subtropical region along the St. Johns River and the Atlantic Ocean, making it prone to flooding when stormwater basins reach capacity. The city is frequently flooded and threatened by major storms.

The Biden administration has launched a series of measures aimed at reducing heat-related illness and protecting public health, including a proposed workplace heat standard.

https://www.king5.com/article/news/nation-world/harris-to-announce-aid-floods-extreme-heat/507-c3ab6fd6-9b89-4806-a37e-acbbd04a3c2c Kamala Harris to announce $1B to states for flood, heat aid