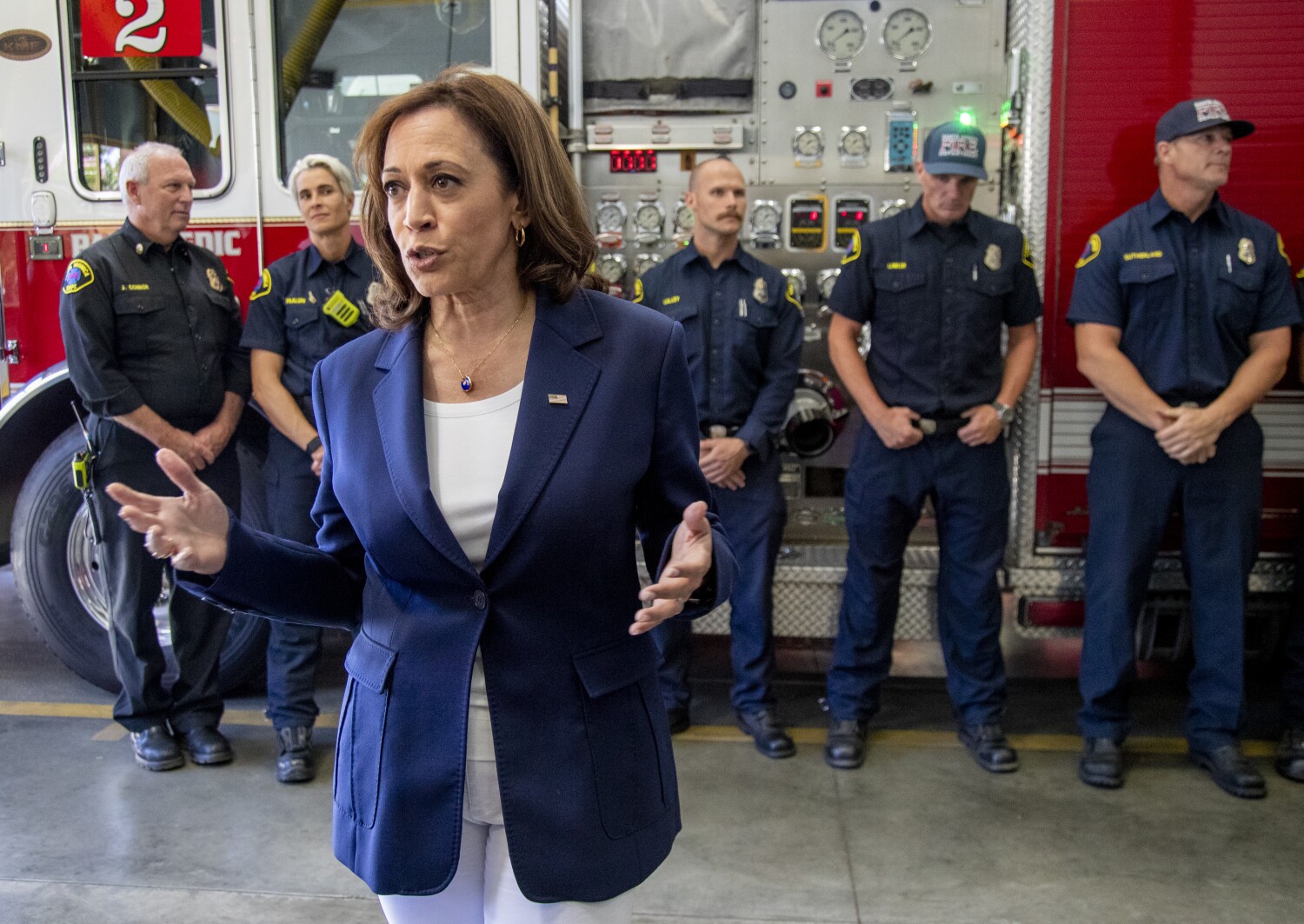 Vice President Kamala Harris on Tuesday visited the Illinois city where seven people were killed in a mass shooting during a Fourth of July parade and told residents that “we have to be smarter as a country about who has access to what.” has and , especially to attack weapons.”

“There is no question that this experience will linger with trauma,” said Harris, who was standing near the site where a massacre had occurred a day earlier. “I would urge all families and all individuals to seek the support you rightly deserve. … We are there for you and stand by your side.”

Harris was supposed to be in Chicago to attend the National Education Assn. to give a speech. In her remarks, Harris lamented that “yesterday should have been a day to gather with family and friends to celebrate our nation’s independence.”

Instead, she said, Highland Park “suffered a violent tragedy. Children, parents, grandparents – victims of a senseless act of gun violence.”

Harris used the speech to also reference another recent tragedy — the May mass shooting at an elementary school in Uvalde, Texas. Nineteen children and two teachers were killed in this attack.

The Uvalde shooting put intense pressure on lawmakers to tackle gun violence and led to a rare bipartisan bill that would tighten background checks and make it easier to confiscate firearms from people deemed dangerous.

“We’ve made some progress,” Harris said. “But we must do more.”

After her speech, Harris drove to Highland Park, about 30 miles north of downtown Chicago. She met briefly with police officers and the city’s mayor, Nancy Rotering, as well as other officials. The vice president promised them that the federal government would provide whatever resources the city of 30,000 needed.

Local police said they are continuing to gather evidence of the shooting, which took place during the annual July 4th parade in Highland Park.

Within hours of the attack, police arrested a suspect whom they identified as Robert E. Crimo III, 21, of Highwood, Illinois. Crimo was charged with seven counts of first-degree murder in connection with the shooting. Police said they believe Crimo fired at least 70 shots at the crowd from the roof of a commercial building. More than 30 people were injured in the volley of bullets.

After storms, California endures a pox of potholes