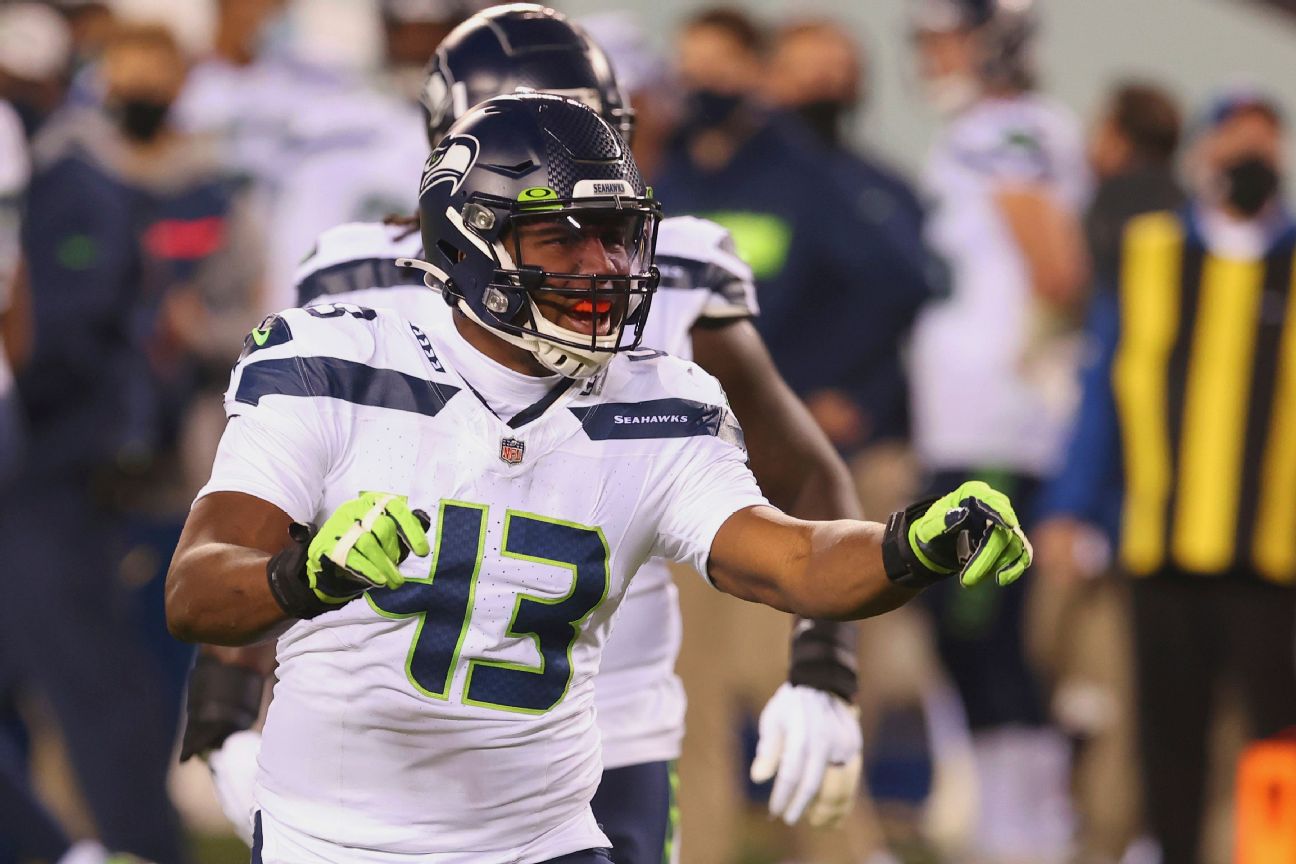 The Chiefs defense was 29th in sacks in the league last season, losing one of its best pass rushers in veteran Melvin Ingram, who joined the Miami Dolphins in free agency.

The Seattle Seahawks released Dunlap on March 18 as their defense continues to transition to a more 3-4 structure up front. Dunlap is more of a traditional 4-3 defensive end, which was likely a factor in his dismissal.

The 33-year-old Dunlap was the Seahawks’ most accomplished edge rusher and pulled off a strong finish that included eight sacks in his last six games. But that was after an unproductive first half that saw his playing time dwindle. He finished last season with 8.5 sacks.

Dunlap spent his first 10½ seasons with the Cincinnati Bengals, who drafted him in the second round from Florida in 2010. The Seahawks acquired him before the 2020 deadline via a midseason trade.

His 96 sacks are the eighth most among active NFL players.

The Chiefs drafted defensive end George Karlaftis in the first round, and he’s been working with the starters at training camp. Frank Clark is the other starting defensive end.

ESPN’s Adam Teicher and Brady Henderson contributed to this report.

What’s next for the NHL and the Metaverse?