renew your chance. Kanye West’s Donda Academy has been a point of contention for the past few weeks. Kanye, now known as Ye, opened his Christian school to much controversy in 2022. The “Heartless” artist widely publicized his school and its unorthodox teachings. However, with the recent news of Yes’s anti-Semitic remarks, the school suffered a major impact.

On October 27, 2022, parents whose children attended Donda Academy received an email stating that the school would be closing for the 2022 school year and the school would reopen in 2023. The school emailed the parents again, saying that the school is coming back “with a vengeance”. The email obtained by TMZ read: “Join us tomorrow morning for worship for the return of Donda Academy. With the help of our parents and the community, we’re back and we’re coming back with a vengeance! Donda’s children will change the world. Sorry for the late email! See you bright and early!”

The future of the Christian Academy is still uncertain. Read what we know about Kanye West’s Donda Academy below.

What is Donda Academy? 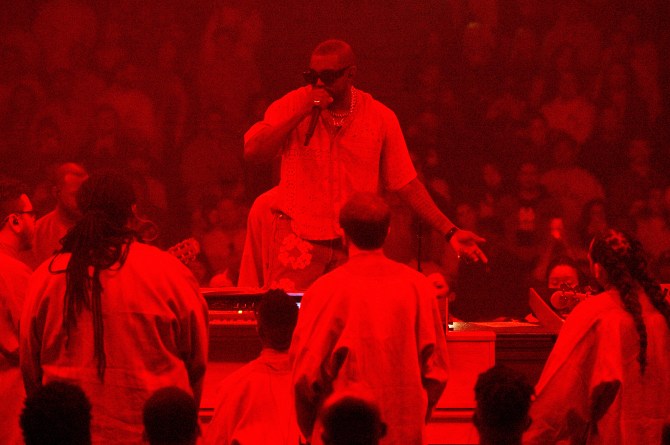 Donda Academy is Yes’s K-12 Christian academy, named after his late mother, Donda West. The campus is in Simi Valley, California, where it is located on the defunct Simi Valley Stoneridge Preparatory School. Donda Academy was originally called Yeezy Christian Academy and has about 82 enrolled students. The school aims to help students “learn the basics, grow in their faith, and experience two enrichment classes.”

In an interview with ABC News, Ye claimed the school gave “Handy tools for kids they need in a world where the iPhone is being made.” He continued, “So many schools are designed to train kids for industries that aren’t even important anymore.” The school focuses “on practical skills” like engineering, computer programming and farming. With all the curriculum added, he claims his school “can actually turn your kids into geniuses.” The school’s website specifically states that the student-teacher ratio is 10:1. and then lists the student’s daily routine as “full school church service; Core Classes Language Arts, Mathematics and Science; lunch and break; Enrichment courses including world language, fine arts, film, choir and parkour.”

Above all, the choir of Donda Academy is the highlight of the school. The choir performs at Kanye’s Sunday School service and notoriously sang at the debut of Yes’s White Lives Matter t-shirts at Paris Fashion Week.

Why was Donda Academy closed?

Donda Academy closed on October 27, 2022 before reopening the day after. It’s unknown what really caused the school’s closure, but most websites attribute the sudden closure to Kanye’s anti-Semitic remarks and subsequent split with brands like Adidas, Balenciaga, and Gap. In a now-deleted Instagram post to Endeavor CEO Ari Emanuel, which urged brands like Apple to stop working with Kanye, the “Flashing Lights” rapper said, “Can you find a decent place for the kids of Donda Academy.” can go to school? destined for a school? I have about 60 kids who don’t have a place to be as they want to move.”

Donda Academy is not accredited. Students who graduate from the school may not be recognized by colleges or other programs.

What is the Donda Academy uniform?

The Donda Academy uniform is baggy black clothing designed by none other than the brands of Yes. Ye posted photos of students wearing uniforms made entirely of his Yeezy and Gap designs. However, with Gap cutting ties with Ye, it is unknown who will provide clothes when the school fully reopens next year.

Who are the main protagonists of Donda Academy?

One of the key players in Donda Academy is director and executive director Brianne Campbell. Brianne also directs the school’s gospel choir. However, acc Rolling Stonethe headmaster has no teaching services apart from music lessons. She will reportedly graduate from Pepperdine University’s Masters in Education program in January 2023.

Malik Yusef helped Ye with the school’s vision and explained Pablo’s life Artist’s plans to expand his vision of Donda Academy. “I want to stress that there was never a time when Kanye West didn’t want that,” he told Rolling Stone. “I don’t think people understand the seriousness of this. This man always wanted to start a school in his mother’s name… Look at what we’re doing with the choir and fashion in the school – I don’t think there’s a venture capitalist or anyone who has such a clear vision of it what training may look like for you.”

Tamar Andrews, who had worked for Donda Academy since July, resigned in October. She is director of early childhood education at both Temple Isaiah and the American Jewish University and resigned after anti-Semitic comments about “defcon 3 on Jews”. In a statement received from The Hollywood Reporter, President of Temple Isaiah in Los Angeles, Alison Samek, said: “Dr. Andrews immediately resigned from Donda Academy following Ye West’s tweet. Her last day was October 11, 2022 as she felt she could no longer support the organization.”

What is the Donda Academy basketball team?

The Donda Academy basketball team is the Donda Doves. Ye recruited the best high school basketball players from across the country to play for the school. However, due to his recent rampages on social media, national tournaments are barring the school from participating. The Play-By-Play Classic in Louisville, Kentucky and the Hoophall Classic in Springfield, Massachusetts revoked Donda Academy’s invitations. The Hoophall Classic tournament issued a statement saying, “While there have been discussions about Donda Academy’s participation in the 2023 Hoophall Classic, they will not be included in our forthcoming showcase field announcement.”

In an interview received from the New York Times, organizer of the play-by-play classic Jeremy Treatman, said the organization felt “terrible” for Donda Academy players, but stated Yes’s actions were enough to ban the team. “I just feel like it was a no-brainer and I just don’t want to be associated with his school right now.” He continued, “We’ve normalized too much stuff in the last four years. We as a company cannot normalize these words and behaviors and hate messages. We just can’t have them in good conscience.”

Before his account was suspended on October 31, 2022, Ye wrote in an Instagram post: “They tried to dismantle our basketball team. These guys are being punished for no reason. Even professional athletes have been threatened with separation by their owners.” A source told TMZ that due to the tournament cancellations, the team has not scheduled any games and will have to organize training themselves.

Who Goes to Donda Academy?

Donda Academy usually keeps the identities of its students under wraps. However, according to Malik Yusef, the students are the children of Yes employees, creatives and other celebrities. Tuition for each student is $15,000 per year and requires the signing of a non-disclosure agreement (NDA), meaning they can be sued if they speak publicly about the school or a student’s experience. Keyshia Cole posted a picture of her child on his first day of school at Donda Academy. However, the singer moved her child from Donda Academy after Kanye’s anti-Semitic remarks and “White Lives Matter” shirts.

Kim Kardashian and Kanye West’s kids don’t seem to be going to Donda Academy. In a long heated argument Kanye posted to Instagram, the Skims founder didn’t want her children North, 8, Saint, 6, Chicago, 4, and Psalm, 3, to attend their father’s school.

Ye announced that they reached an agreement whereby they would split time between regular school and Donda Academy, but their children still mainly attend their local school. “So now we’ve come to a compromise, but I’m not done yet because I don’t compromise,” Kanye said. “But we’ve come to a compromise where my kids go to my school after school and learn choir. I was sitting there with my son and he came and said, ‘Why do I have to sing? I don’t even go to your school.’”

Kanye complained about her other school’s curriculum: “Now look up and my kids go to a school that teaches black kids a complicated kwanzaa. Kwanzaa not – you know? So they don’t teach, not even Christmas itself, the Christmas Mass, they don’t teach it in Sierra Canyon. And what they do is they take all the celebrities, the actors, the basketball players and throw them in this one school and they indoctrinate the kids.” Kanye called his son Psalm “brilliant,” but his current preschool “is trying to figure out how to indoctrinate him to become another part of the system”.