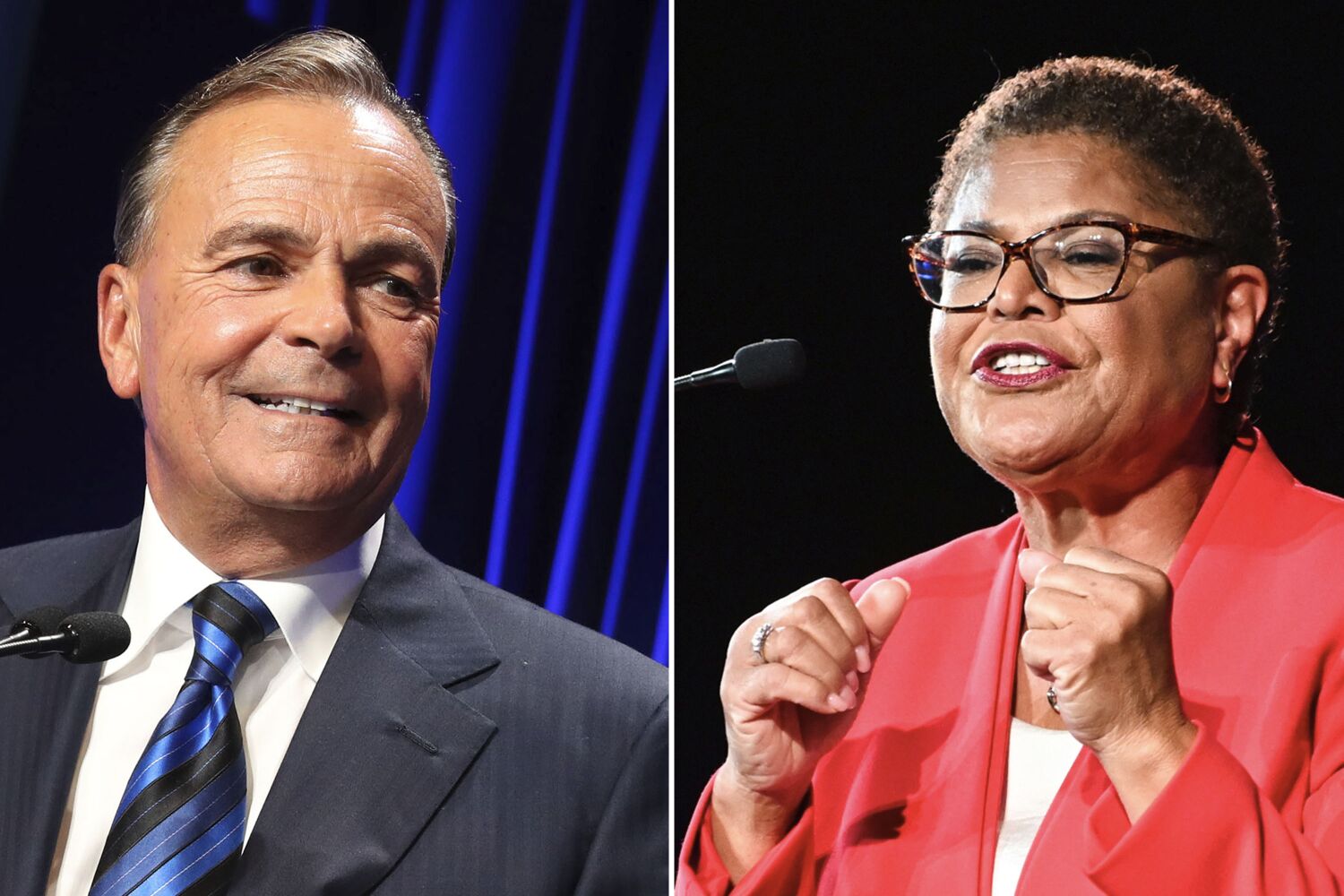 US Rep. Karen Bass extended her lead over businessman Rick Caruso in the race for Los Angeles’ next mayor on Saturday. An updated tally put it 9,463 votes ahead of the developer in a contest that won’t be settled until next week for earliest.

The new totals from an additional 29,000 ballots had Bass at 50.78% versus Caruso’s 49.22%, according to the latest installment of LA County Registrar-Recorder/County Clerk’s Office results.

By Friday, Caruso held a tiny half a percentage point, or 2,695 votes, lead over the congresswoman, but results from about 60,000 ballots released Friday and Saturday showed Bass overtook and then extended her lead.

Since the election on Tuesday, the two would-be mayors have been taking a very different approach to the lengthy counting process. Bass, who would become the first woman mayor in LA history, stayed out of the spotlight and spent time with family and staff while Caruso continued to make public appearances and reaffirmed his optimism for the win.

In recent days he’s been visiting Langer’s Deli and on Friday he appeared with his golden retriever at a Veteran’s Day parade and posed for a photo with outgoing Mayor Eric Garcetti.

Independent analysts estimate there are at least 270,000 ballots yet to be counted, the vast majority of them by mail.

In other races, city attorney nominee Hydee Feldstein Soto continued to lead attorney Faisal Gill. Feldstein Soto has 57.63% of the vote and Gill 42.37%, according to Saturday’s results.

In the city council race for a seat from Glassell Park to Hollywood, labor organizer Hugo Soto-Martinez maintained his lead over councilman Mitch O’Farrell, who is vying for a third term. Soto-Martinez leads with 53.3% ahead of O’Farrell with 46.7%.

On the Westside, Attorney Erin Darling managed a marginal intrusion into the leadership of her colleague Traci Park. But Park was still almost 9 points clear of Darling in the race to succeed Councilor Mike Bonin.

In the race to replace council member Paul Koretz for a seat from Fairfax to Bel-Air, political adviser Katy Young Yaroslavsky continued to lead attorney Sam Yebri with 57.28% to 42.72%.

In the city controllers’ race, accountant Kenneth Mejia was on course to be declared the official winner. Koretz conceded earlier in the week and the results showed Mejia at 61.2% versus Koretz at 38.8%.

‘Mural Miles’ combines running and art to spark a movement