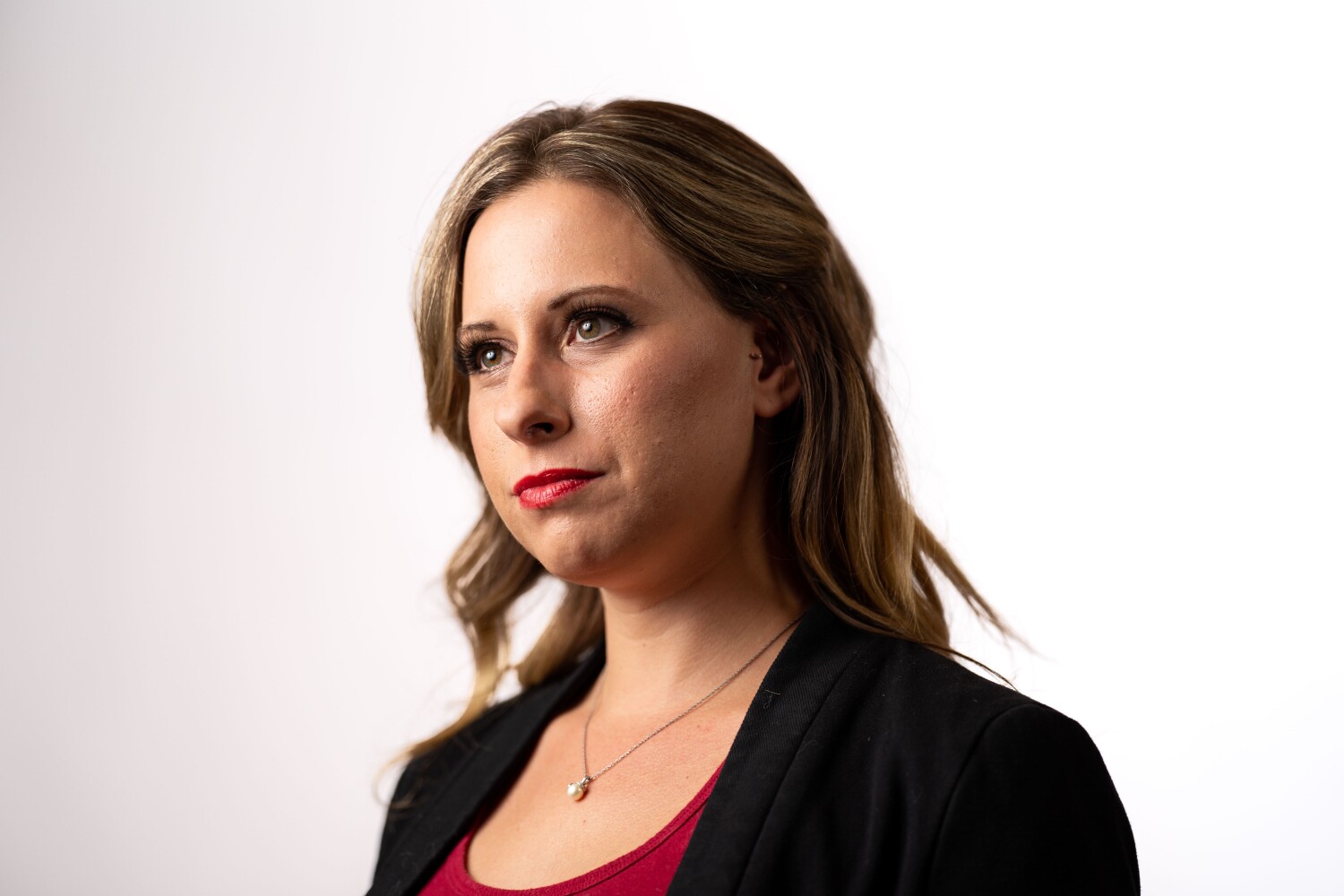 Democrat Katie Hill, a former California congresswoman who owes hundreds of thousands of dollars to media parties she unsuccessfully sued for publishing lewd images during her tenure, has filed for bankruptcy.

If successful, Hill could avoid paying legal fees to the accused, including a conservative website, a British tabloid and two journalists. The financial rulings came in 2021 after a judge dismissed her lawsuit accusing multiple parties of distributing and publishing intimate images of Hill without her consent.

Hill’s attorney said her client was the victim in the case and had no choice but to file for bankruptcy because of the financial burden of the verdict.

“It is a broken system where a plaintiff’s judicious use of our legal system to adjudicate fundamental violations of their sexual privacy results in such financial penalties if they dare to file a lawsuit that bankruptcy is the last resort.” said Carrie Goldberg.

Hill did not respond to a request for comment.

A lawyer whose firm represents the two journalists criticized Hill for not paying the court-ordered compensation.

“Hill’s recent attempt to pay off her bankruptcy debt is another example of her attempt to evade responsibility for her mistakes,” said Krista Lee Baughman. “The bankruptcy procedure was not intended to allow privileged politicians with sources of income to escape the natural consequences of their willful actions. We have questions about this filing and will be pursuing it in court.”

A lawyer for the British tabloid Daily Mail declined to comment. Officials from Red State, the conservative website, did not respond to a request for comment.

Hill, 34, became a rising Democratic star when she flipped a traditional GOP congressional district that spanned north Los Angeles and east Ventura in 2018.

The following year, when Hill divorced, Red State published stories alleging that she was having an affair with a subordinate and that she and her then-husband had previously had a sexual relationship with a female campaign worker. The website and Daily Mail also published nude photos of Hill brushing another woman’s hair, holding a bong and sunbathing.

Hill, who is bisexual, acknowledged the relationship with the campaign worker was inappropriate but denied having an affair with a congressional staffer — an involvement that would constitute a House Rule violation. She resigned in late 2019, and Republicans recaptured the seat in a special election.

The media defendants successfully argued that Hill’s lawsuit failed to comply with the requirements of the law for a number of reasons, most notably a “public interest” exception in the law, and that they had a First Amendment right to release newsworthy information about an elected official.

The courts ruled that Hill owed approximately $273,000 in attorneys’ fees to the parent companies of the Daily Mail and Red State, as well as journalists Jennifer Van Laar and Joe Messina. Hill also once owed her attorneys $100,000.

A phone hearing in the case is scheduled for July 28.