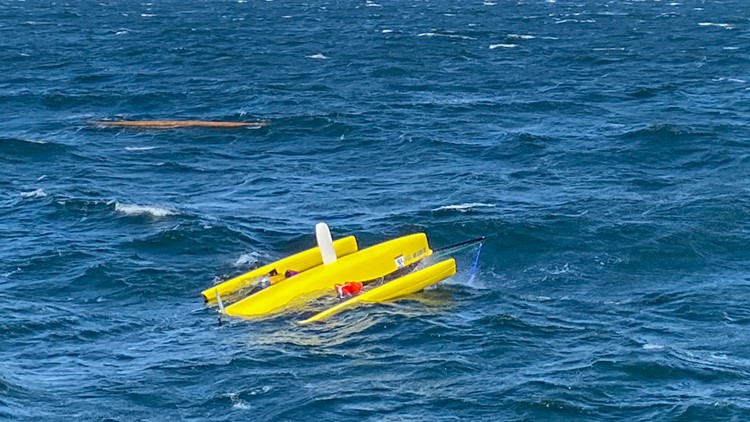 The three people who were pulled from the water were taken to a Port Angeles hospital after showing signs of hypothermia, the Coast Guard said.

The U.S. Coast Guard Pacific Northwest said a call was received around 7:30 a.m. that kayakers and sailors had capsized. The group left Port Townsend at around 5 a.m. and made their way to Victoria, British Columbia.

A small lifeboat and a Coast Guard helicopter responded. The helicopter pulled two boaters out of the water and a small non-Coast Guard boat rescued another person. The Coast Guard said all three showed signs of hypothermia and had been transported for treatment.

The group entered a race to Alaska.

The Coast Guard said there was a gale warning for the water, meaning sustained surface winds or frequent gusts of between 34 knots (39 mph) and 47 knots (54 mph) are likely. A storm warning is not directly linked to a tropical cyclone, according to the National Weather Service.

According to the Coast Guard, there is also a “Small Craft Advisory”. This recommendation means that winds of 21 to 33 knots and/or seas of 10 feet or more are “expected to create hazardous wave conditions” for smaller vessels. Inexperienced sailors should avoid navigating the waters in these conditions.

The Coast Guard said it will remain on site as a precaution to monitor the safety of other boaters.