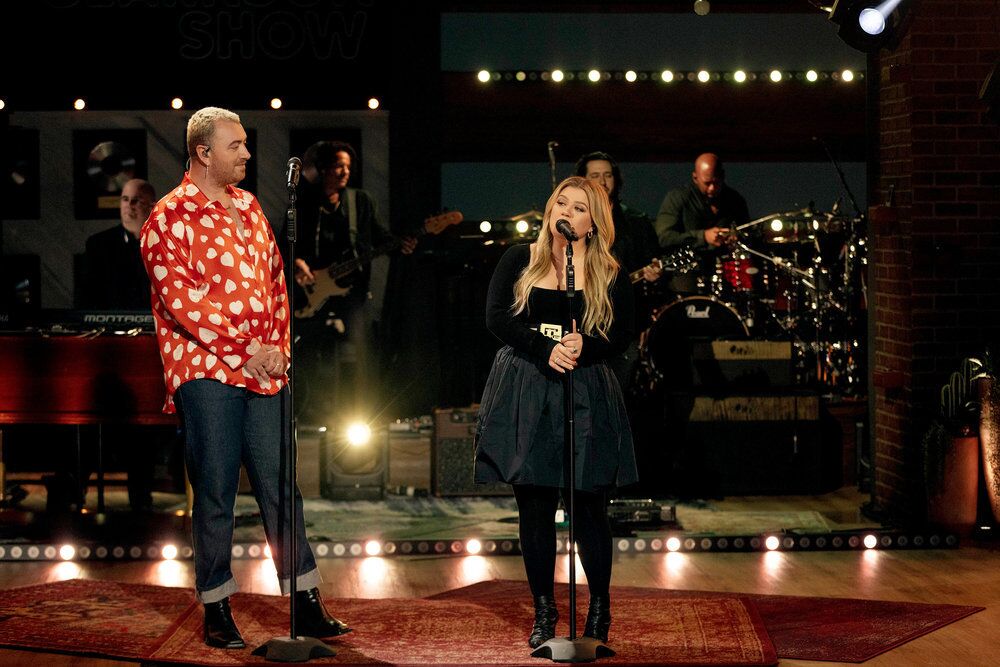 Fans tumbled on social media on Tuesday after Clarkson and Sam Smith performed a dynamic duet of the 2004 classic on the “Kellyoke” segment of Clarkson’s hit talk show. The voices of the “Because of You” singer and the “Stay With Me” artist blended seamlessly as they swapped verses and harmonized.

“I feel vulnerable so I want to admit this: I just cried watching Kelly Clarkson and Sam Smith break out duet.” wrote Twitter user @ohgodjohnwhy.

“Good Morning Sam Smith and Kelly Clarkson singing Breakaway together made me cry for some reason.” @meteor_meatier tweeted.

“I need this duet [tattooed] on my skin,” TikTok user @wienersoldierswife commented on a viral video of the performance, which has amassed more than 3.8 million views.

Smith was among the social media users who were deeply moved by the performance. The singer said on Instagram that she will “never get over” the experience of singing with one of her childhood heroes.

“When I was a troubled and confused teenager, I sat in my room listening to your album and dreaming about what life could be like,” Smith wrote in a message to Clarkson.

“Your voice and your songs have healed me in so many ways. Singing Breakaway with you was very emotional for me. Thank you for your kindness and for sharing your superpowers with all of us.”

Smith wasn’t the only person feeling intense nostalgia for the “Breakaway” duet. The original version of the song came out in 2004, in what feels like a different time – two years after Clarkson won the first season of American Idol.

“Even after loving her for two decades, I still melt when Kelly sings live,” @witchy.afootwrote on TikTok. “Best singer of my generation, no competition.”

“Every other 29 year old has goosebumps and is about to cry just imagining their deep 13 year old self staring out a window singing this song,” wrote @goforskoz.

“This woman sang this song in an even higher key than the original. blends perfectly with Sam,” wrote @cheywest092799. “She is perfection.”

“PLEASE PLEASE PLEASE PUBLISH THIS AND LET THE PUBLIC DOWNLOAD THIS RECORDING!!!” echoed @sophiesnider0. “I had goosebumps everywhere!”

See more reactions to Smith and Clarkson’s Kellyoke moment below.

Cecily Tynan learns about snow leopards at the Philadelphia Zoo

How to Watch Reginald the Vampire

Twitter layoffs: Former employees reveal how they got fired

Maren Morris: ‘I don’t feel comfortable going’ to the CMAs