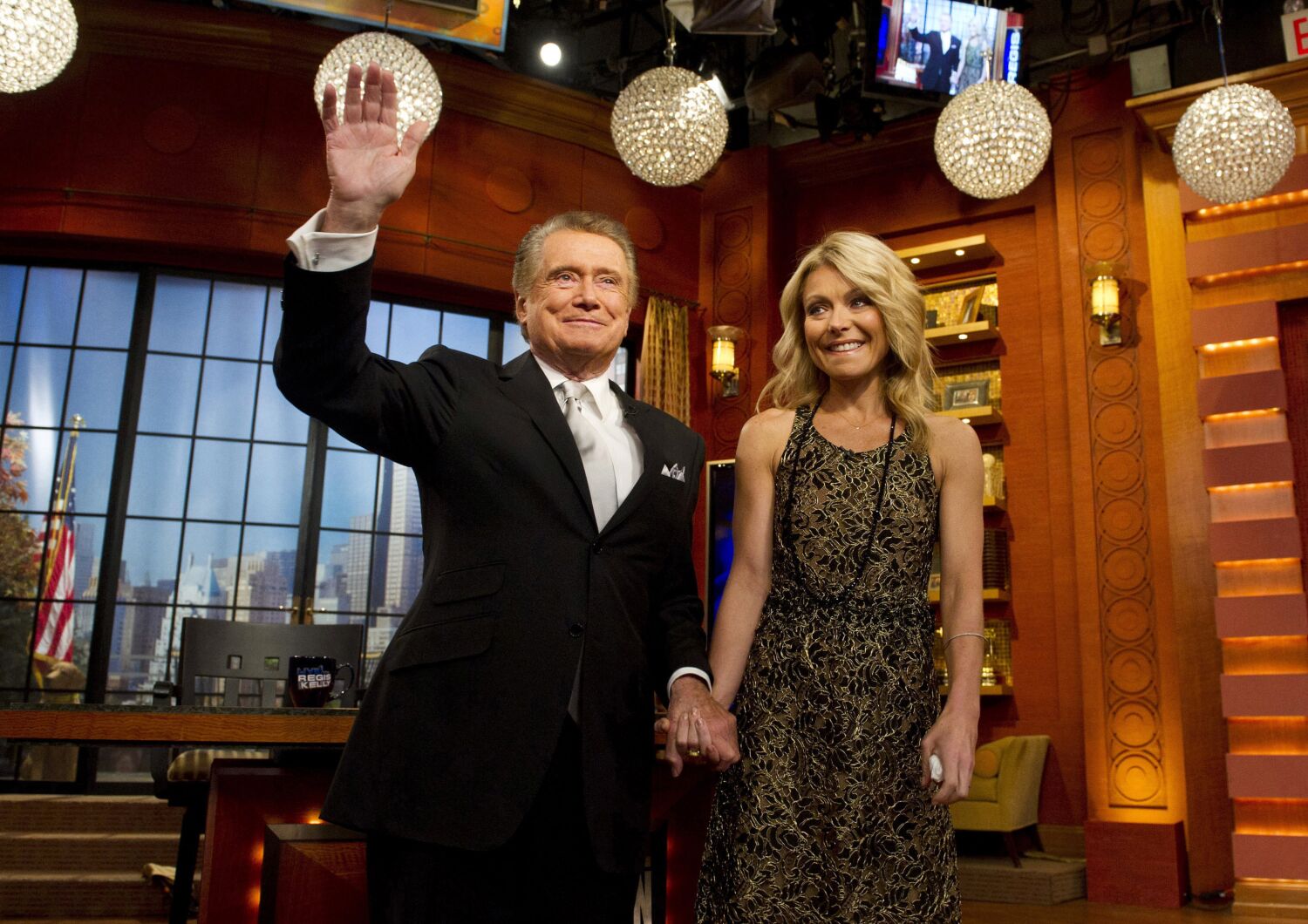 Kelly Ripa is finally ready to reminisce about her complex relationship with former “Live With Regis and Kelly” co-host Regis Philbin.

In a recent interview with People, Ripa opened up about the struggles she faced writing about her time with Philbin in her new book, Live Wire: Long-Winded Short Stories.

“There were good days and bad days. I don’t want to feel like I’m beating up on anyone or being disrespected,” Ripa said of her experience with Philbin. “But I also want people to know it wasn’t a cakewalk. It has taken me years to earn my place there and earn things that are routinely given to the men I have worked with. Including an office and a place for my computer.”

Ripa, who co-hosted the morning talk show with Philbin from 2001 to 2011, dismissed the idea that it was “easy” to step into the role Kathie Lee Gifford left behind.

“People think I just showed up one day and got a job and I lived happily ever after and now everything is perfect. But it never is.”

The 51-year-old recalled the strange circumstances surrounding her onboarding for the talk show. After Gifford’s departure, Ripa served as guest co-host three times, but was repeatedly told that the network was not looking for a permanent co-host at the moment. Then one day she got a call from her agent saying she had been offered the full-time position.

But the offer came with a warning.

“They want you to know who your boss is,” she said, referring to Philbin. “It was very threatening and it didn’t feel good.”

According to Ripa, Philbin didn’t want her to “bring an entourage,” and she recalled, “I came with hair and makeup. It wasn’t uncommon for people to show up with it on a TV show.” Before taking the stage, Philbin greeted her and executive producer Michael Gelman with the words, “Oh, oh, Gelman, it’s got an entourage.”

“I felt terrible. He was probably trying to be funny but at the same time it felt like a bunch,” Ripa said of the incident. “I understand he probably didn’t want to have a co-host, but the network wanted me to be the co-host and I didn’t think I should pass up that opportunity. I don’t think it was fair to him. But it wasn’t fair to me either.”

Despite the trying times, Ripa fondly remembers Philbin, who passed away in 2020.

“Off the camera and outside of this building, it was a different thing. I’ve enjoyed so much the few times we’ve been together,” she said. “We were on vacation at the same resort once and he came to a dinner I was hosting – one of the favorite nights of my life. I’ve never laughed like that.”

She added she strives to be as good a storyteller as her former on-air partner, whom she called “the best storyteller in the world.”

“If I could finish tenth that well, I would be happy. It takes the audience for a ride and reminds them that you are always the butt of the joke. I loved him and still do.”

https://www.latimes.com/entertainment-arts/tv/story/2022-09-27/kelly-ripa-regis-philbin-was-not-a-cakewalk Kelly Ripa, Regis Philbin pairing ‘was not a cakewalk’

Jay Monahan on the PGA Tour's future, whether it can coexist with LIV Golf, Tiger Woods' leadership and more

How Rosaline Is Different From When You Were Mine

Rob Schneider says ‘SNL’ was ‘over’ after this Clinton skit