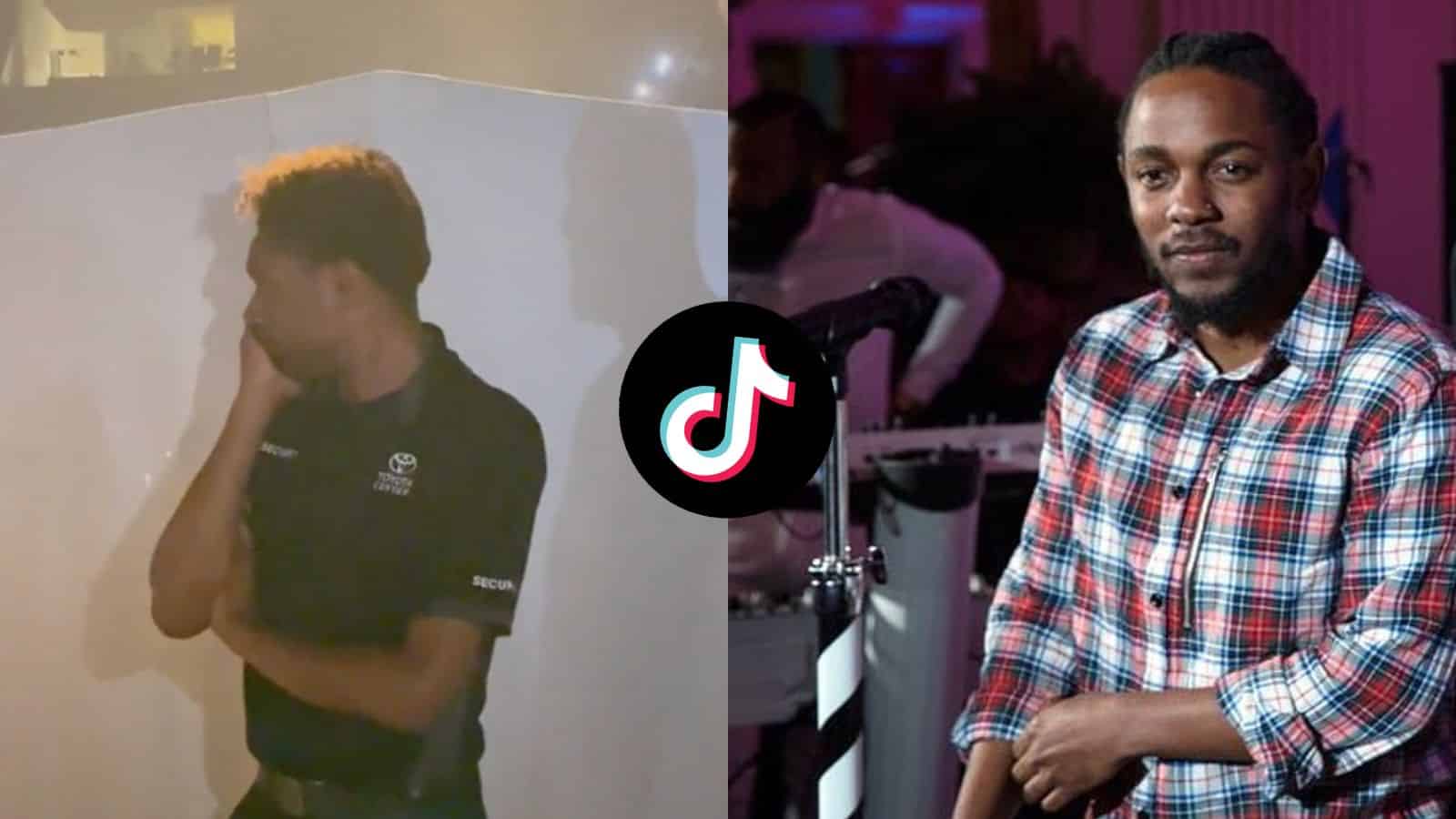 A security guard was brought to tears when Kendrick Lamar performed his song ‘LOVE’ live on stage.

In a recent TikTok video that has gone viral, a security guard can be seen rapping along to the song “LOVE” while wiping his tears.

The clip has garnered 10.6 million views and was taken by user dejaihvu, who captioned it “Mans should have just bought a ticket”.

The footage was captured at Kendrick Lamar’s concert in Houston, Texas, where the security guard tapped out the lyrics “I’m like an exit away” from the rapper’s song “LOVE.”

The security guard recently viewed the video and left a comment below the viral clip.

“That’s me in the post y’all…this song means EVERYTHING to me and I felt emotion all around me…definitely love getting paid for it,” he wrote, using the devynsanford moniker.

Earlier this month, another security guard at a concert went viral when a TikToker had a brief interaction with rapper Cardi B.

Users were overcome with emotion as they saw the security guard burst into tears. “MY HEART [crying face emoji] The way music touches our souls in such a way, ui i love that,” commented one user.

Another user added: “I first saw Kendrick last year, I cried during his set too [laughing crying emoji].”

“Bought a ticket? You watched Kendrick for FREE and got paid lmaooo,” one commented.

Commenting on the video’s caption, one user asked, “Why buy a ticket when you get paid to be there?”

Kendrick Lamar is currently on his Big Steppers world tour performing seven tracks from his new album Mr Morale & the Big Steppers. His world tour will continue throughout North America until mid-September.

Supermodel Chanel Iman Is Beefing On IG … With Her NFL Ex-Husband's Mama!!