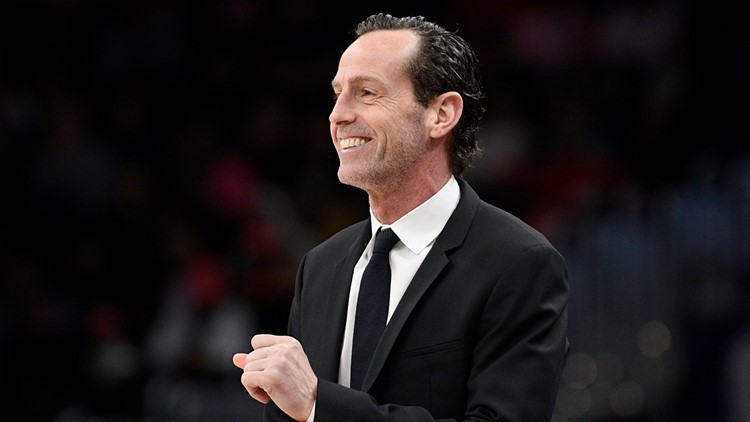 After reportedly agreeing to a four-year deal with the Hornets earlier this month, Kenny Atkinson will remain with the Warriors instead. How bad is that for Charlotte?

CHARLOTTE, NC — It was the weekend’s shocking news that Warriors assistant Kenny Atkinson, who agreed to become the Hornets’ head coach over a week ago, will indeed remain with Golden State as an assistant.

That news was first reported by ESPN’s Adrian Wojnarowski on Saturday, allegedly before Hornets GM Mike Kupchak was even made aware of Atkinson’s decision.

Charlotte and the Golden State assistant had agreed to a four-year contract. However, the contract was reportedly never signed. The Hornets never officially announced they would hire Atkinson.

Now, the Hornets and the Jazz are the only two NBA teams that don’t currently have a head coach.

In the search for a replacement for sacked head coach James Borrego, the Hornets had reportedly narrowed it down to Atkinson, Mike D’Antoni and Terry Stotts, all of whom are known to be on Charlotte’s radar. The Hornets were also interested in Darvin Ham, who was hired by the Lakers.

So what now? And how embarrassing is that for Charlotte? Walker Mehl and Doug Branson discussed Monday on the Locked On Hornets podcast.

SUBSCRIBE: The Locked On Hornets Podcast is your daily podcast all about the Charlotte Hornets. Free and available on YouTube or wherever you get your podcasts!

Could it be difficult to hire any of the other finalists given that D’Antoni and Stotts both have considerable coaching experience and know they weren’t preferred over Atkinson?

Co-host Doug Branson said he believes that now that Atkinson has been brought up over D’Antoni and Stotts it will be difficult to go back to those experienced coaches to try and cut a deal.

“I think at this point it’s all about pride. How much can these two parties shed their pride?” Branson said. “You can look at Terry Stotts and Mike D’Antoni and see if they would be ready to meet again. I think it might affect some of the negotiation pieces as well.”

Branson said he believes the Hornets would be lucky to get D’Antoni and said he is the best player for this Charlotte team.

“I hope they research D’Antoni, I’ve always felt like he’s the most likely person who would be most likely to unlock everything there is to unlock for LaMelo Ball… I thought D’Antoni’s offensive genius could.” come in and allow LaMelo to be special on another level,” Branson said. “I hope that’s still an option.”

Watch or listen to the full conversation between Mehl and Branson as they break down everything that happened and share more thoughts on what’s next for the Hornets.

https://www.fox43.com/article/sports/locked-on/lo-charlotte/hornets-show/kenny-atkinson-wont-coach-the-hornets-so-what-now-locked-on-hornets-podcast-mike-dantoni-terry-stotts-charlotte-golden-state-warriors-nba-finals/535-8812f1d1-55d0-46ee-abd4-7f62133fc6e0 Kenny Atkinson to stay with Warriors over Hornets