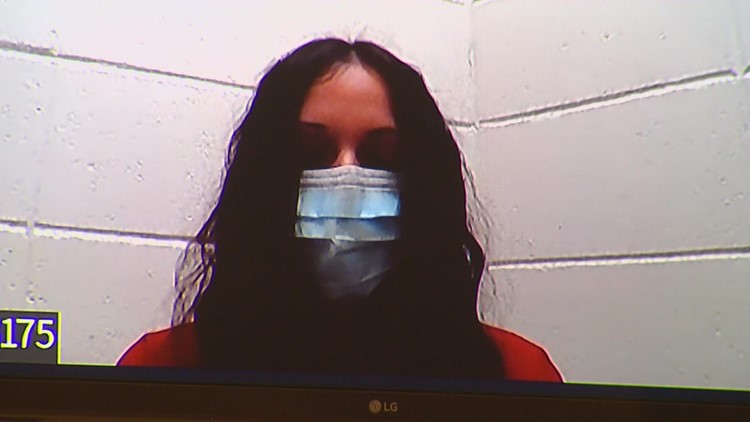 Prosecution documents allege that Sandy Fernandez admitted to Kent Police that she hit her son and threw him to the ground.

Many of Sandy Fernandez’s former classmates were there to put up a memorial for 2-year-old Jose Fernandez and see their former high school classmate behind bars. They tell KING 5 they’re just angry at this point.

A makeshift memorial has been erected outside the Maleng Regional Justice Center in Kent.

“It was really important to me to be a balance to evil,” said Ronnie Adams, who used to go to high school with Sandy Fernandez.

“When we’re little we don’t notice what’s going on around us or in any situation, so he was always smiling and bubbly and full of energy,” Adams said.

Former classmates sat in the courtroom today to watch the charges against Sandy Fernandez, which came out via Zoom.

According to the King County Medical Examiner’s Office, Jose died from bleeding and an infection that would take at least 24 hours to develop. Court documents say it took 8 days when Jose was attacked until his death.

“Just anger, pure anger and sadness for him because he was a baby. He had so much more out of his life that he could have done some amazing things,” Adams said.

Sandy Fernandez had Jose when she was in high school. Adams said she offered to babysit Jose or buy diapers, she noticed scratches and bruises on him.

“It’s really hard for me to look back on those things,” Adams said.

KING 5 spoke to former employee Kaylee Kravic last week, who cared for Jose, and says she reported Sandy Fernandez and her boyfriend to CPS in February this year.

KING 5 formally requested these documents from the Washington State Department of Children, Youth and Families and was told it could take up to 60 days to receive a response.

“When someone dies of something preventable, there’s really no excuse, so many people have let them down, so many people,” said Maise Adams, who helped set up Jose’s memorial. For now, there is hope that Jose’s life will be remembered.

Fernandez has a trial date of October 11 this year.

RELATED: Kent’s mother has been charged in the death of her 2-year-old son

RELATED: Timeline of Events: The Search for 5-Year-Old Oakley Carlson

Princess Diana’s Cause of Death Predicted Before Car Crash: How She Die?